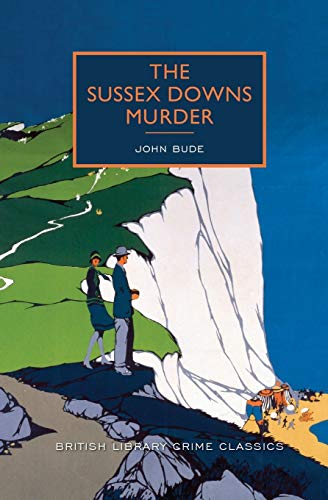 "Superintendent Meredith, in these pre-forensic days, relies on his interrogation techniques and common deductive sense to find motive and murderer." ―Booklist STARRED review

'Already it looked as if the police were up against a carefully planned and cleverly executed murder, and, what was more, a murder without a corpse!'

Two brothers, John and William Rother, live together at Chalklands Farm in the beautiful Sussex Downs. Their peaceful rural life is shattered when John Rother disappears and his abandoned car is found. Has he been kidnapped? Or is his disappearance more sinister―connected, perhaps, to his growing rather too friendly with his brother's wife?

Superintendent Meredith is called to investigate―and begins to suspect the worst when human bones are discovered on Chalklands farmland. His patient, careful detective method begins slowly to untangle the clues as suspicion shifts from one character to the next.

This classic detective novel from the 1930s is now republished for the first time, with an introduction by the award-winning crime writer Martin Edwards.

JOHN BUDE was the pseudonym of Ernest Elmore (1901–1957), an author of the golden age of crime fiction. Elmore was a cofounder of the Crime Writers' Association, and worked in the theatre as a producer and director.

John Bude's 1936 detective story, The Sussex Downs Murder, is one of two novels from the British Library Crime Classics series released in May in the United States by the Poisoned Pen Press. The cleverly plotted mystery is Bude's second book featuring Superintendent Meredith, the personable, hard-working detective who had debuted in The Lake District Murder....Bude is especially adept at the portrayal of local characters: the Rother's garrulous housekeeper, a garage owner who claims to have a psychic eye, an anatomy professor more interested in bones than in murder. There are passages in which locals are treated like comic relief in the manner of Shakespeare....The Sussex Downs Murder is filled with red herrings, and if the modern reader may be able to guess at the solution to the case a bit quicker that Superintendent Meredith, there is still a good deal of pleasure in following him from lead to lead, clue to clue as he works his way to that solution.

I really enjoyed this. It had the hallmarks of classic British crime, a satisfyingly meaty plot, and a good denouement. Highly recommended.

Working with the British Library, Poisoned Pen Press is reissuing a slew of mysteries in very stylish paperback period format, written by some forgotten (but popular in their time) writers of the Golden Age of British crime fiction. John Bude, whose real name was Ernest Elmore, was one of the founders of the Crime Writers' Association and produced 30 detective stories. This one marked the second appearance of Superintendent Meredith, a detective who goes to any length to solve crimes (he first appeared in The Lake District Murder). The mystery centers on a particularly creepy method of body disposal - after one of the two brothers who operate a farm featuring a lime kiln disappears, a thigh bone is discovered in a bag of lime delivered to a local shop. A scene that is especially startling in a book filled with jaw-dropping scenes is that of a retired anthropologist (who sometimes helps police with anatomy) picking up the thigh bone and carrying it under his arm as if it were an umbrella. The finding and piecing together of the victim's body, with its sinister but matter-of-fact tone, is worthy of Hitchcock. Superintendent Meredith, in these pre-forensic days, relies on his interrogation techniques and common deductive sense to find motive and murderer. The layers of relationships and secrets Bude unearths through his questioning are riveting. A wonderful rediscovery. (starred review)