Items related to Satellite: The Satellite Trilogy, Part I (Volume 1) 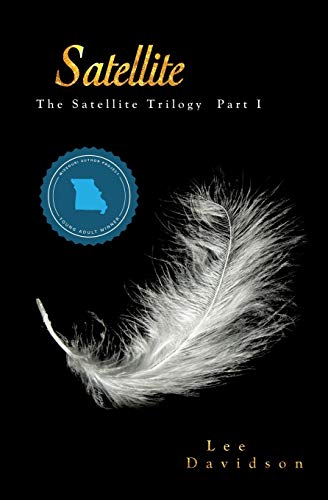 In this paranormal "epic love story" (Publishers Weekly) and quarter-finalist in the Amazon Breakthrough Novel Award contest, twenty-two-year-old Grant just learned he was never meant to survive cancer or live happily-ever-after with his fiancée. Refusing to believe he was destined for the afterlife, Grant finds a way back to his old life and his fiancée, but maintaining this connection will cost him more than he could ever imagine...

"Like YA? Check out The Satellite Trilogy. It won't make you popular, or rich, or better looking, but it might make you laugh." -Lee Davidson

Grant Bradley has just one little thing standing in the way of his happiness: Destiny. Grant was never meant to survive cancer or live happily ever after with his fiancée, Tate. Before he was born, his destiny to become a guardian angel was decided by the life-planning Schedulers. Despite having what his new peers deem as a great position in the afterlife, living in utopia with a merciless mentor and looking after strangers doesn't change the way Grant feels about losing out on his life with Tate. Refusing to accept his destiny, he finds a way to visit his lost love. Keeping their connection alive and, most importantly, secret, will end up costing Grant more than he could ever imagine. Satellite is the first installment in an electrifying trilogy that introduces a vivid world of wonder and possibility. Grant's witty and insightful narrative takes readers on a thrilling adventure through life, loss, and new beginnings.