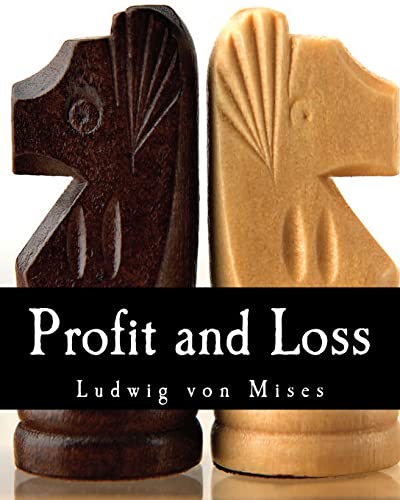 In 1951, Mises gave an outstanding paper that made the summary case for the price system under capitalistic economic systems. In "Profit and Loss," he explains how cost accounting is the critical institution that ferrets out social waste, ensures that resources are directed to their most highly valued ends, and how entrepreneurs respond to price signals. His presentation is systematic, relentless, logical, and ultimately devastating to the opponents of profit and loss. He explains what it is that entrepreneurs confront in a market economy and how no bureaucratic institution can replicate the trial-and-error process that is at the heart of the market system. He weaves into his analysis the role of the consumer as the final arbiter of what is produced and distributed.

Ludwig von Mises (1881-1973) was a preeminent philosopher and economist during the twentieth century. He shared an intellectual friendship with literary giant Ayn Rand, and his theorems and philosophies have continued to influence the careers and ideas of politicians and economists alike.