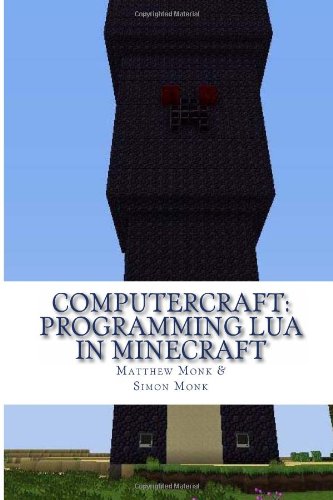 This full color book will teach you how to program using the ComputerCraft mod in Minecraft and the Lua programming language. It includes a number of interesting projects including a Twitter monitor, remote control turtle and Morse code sender.

Matthew Monk has been playing Minecraft since the release of 1.2.5. From then on, he began to lean more towards the "modded" aspect of minecraft, rather than vanilla. As a keen player of the "tekkit" and the "Feed The Beast" modpacks, he has spent a lot of time experimenting with the ComputerCraft mod. Simon Monk is an established full time author, specializing in Open Source Hardware and Programming books. His titles include the best selling "Programming Arduino" and "Programming Raspberry Pi"