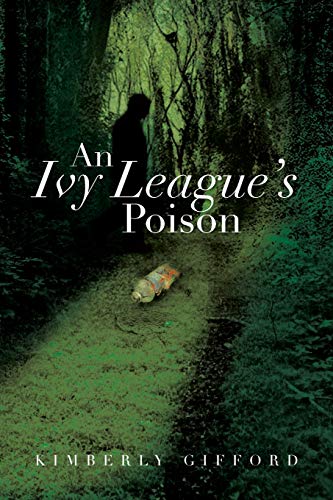 Adultery, stalking, manslaughter, and murder seem to have one thing in common as far as Desiree Stone has come to realize: a poison called jealousy. Seeking to leave a life of repetition and a past of pain behind, Desiree steps into a world of what at first seems to be a fairy tale come true: a whirlwind romance with Pierce Thomas Barrington Jr. a hot young English actor, as well as the sudden popularity and rocket sales of her first thriller. But before she can revel in her newfound happiness and success, Desiree realizes things aren't always as they seem. After a painful breakup with her fiancé, Colton, she begins to receive a series of harassing and threatening gifts that tend to arrive at random times no matter where she is, who she's with, or even where she hides. The deeper into Thomas's life Desiree digs, the more of his past is unearthed before her like an excavation gone horribly wrong. As the spotlight on their relationship in the media intensifies, the more threatened she becomes until she finds that everyone around her is a potential enemy, leaving her terrified of where to turn or what sort of gift will show up next. Are these so-called gifts from an overzealous fan of Thomas or from someone in her own past playing mind games that truly wants to get rid of her? What she didn't expect, what no one expected, was who her attacker was as the attacker took his last breath right before her very eyes.

Kimberly Gifford is a fifteen-year veteran of cosmetology, leaving the industry in 2009 to pursue her passion in writing that was first sparked by a series of poetry that reflected on her life and the lives of those around her. It was then that she came up with the story line for her series. Kimberly currently resides in Missouri with her husband and three sons. You can follow her on www.twitter.com/kegifford & www.facebook.com/kegifford.