Items related to Remnants of Magic: The Sidhe Collection: 2

Remnants of Magic: The Sidhe Collection: 2 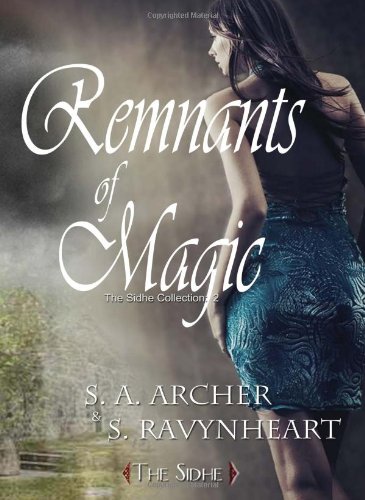 Remnants of Magic explodes into action as London, an enchanted human, becomes a huntress of the Sidhe, determined to claim by force the addictive magic that she’ll die without. But making enemies of the dark Unseelie sets her on a path that entangles her in the fate and the future of the Sidhe. Suffering from the Fade, Lugh fights to reclaim the lost relics that will restore the magic of the fey, a near to impossible task. Then an act of treachery poisons him with a darkness he can not purge and threatens to destroy him and all hopes for the fey. With a magical war brewing on more than one front, Donovan strives to train the teen-aged ‘earthborn’ Sidhe into a fighting force capable of defending the fey. But one of the earthborns is a dangerous wild card, compelled by instincts he doesn’t understand and can’t control. One Dangerous World... Three Intense Storylines... Remnants of Magic - The Sidhe Collection #2 contains the second half of Season One of The Sidhe. It features books from the Rise of the Unseelie, Champion of the Sidhe, and Touched mini-series in the recommended reading order. Over 102,600 words of intense Urban Fantasy action and adventure! This volume includes the following episodes: Enchanted Bloodhound Protector of the Light Compelled Captivated Keeper of Secrets Uprising