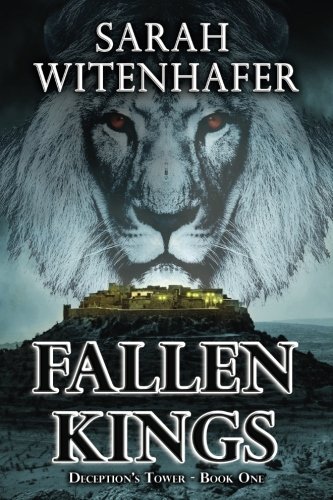 Christian speculative fiction set in ancient Babylon. As her father’s only heir, Naamah has been taught how to succeed in a world ruled by men. Despite her ability, she’s powerless to choose her own husband. When the wrong man is chosen for her, Naamah calls on the goddess of love and war to intervene. Lord Prince Raheil, Keeper of the Sixth Gate of Heaven, arrives with his army in a glorious show of terrifying power. He vies for Naamah’s hand, promising to make her father the earth’s first king and to raise their city to legendary heights. To Naamah, he offers immortality itself. Only one man stands against the prince and his army – Keenan – the man Naamah’s father first chose to be her husband. He alone can understand the prince’s strange language, and knows Raheil was not sent from the heavens. Pledging all to save the woman he loves, Keenan vows to expose the secret plans of darkness and defeat a warrior sent from the gods.

Book Description CreateSpace Independent Publishing Platform. Paperback. Condition: Very Good. A copy that has been read, but remains in excellent condition. Pages are intact and are not marred by notes or highlighting, but may contain a neat previous owner name. The spine remains undamaged. At ThriftBooks, our motto is: Read More, Spend Less. Seller Inventory # G1492936855I4N00