Items related to Fusion for Beginners and Experts (Steven Universe) 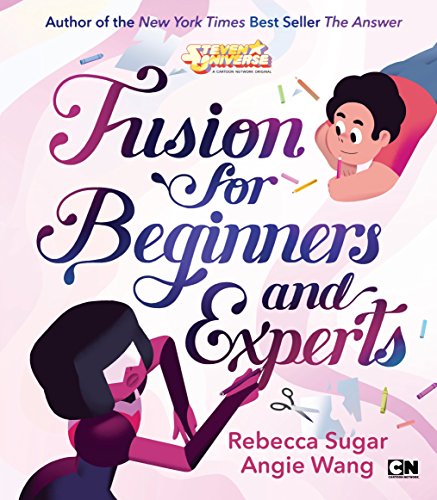 A new book about love and friendship by New York Times bestselling author and creator of Steven Universe, Rebecca Sugar.

When Gems fuse, their forms combine to create a Gem that is bigger, stronger, and more powerful than they are apart. But more importantly, Fusion is a process built on love, trust, and communication. It's like a dance that is perfectly in sync, or a conversation filled with perfect understanding. Learn all about Fusion with Steven, Garnet, Amethyst, Pearl, and the rest of the Gems on Earth as they share what Fusion—and love—mean to them.

A perfect gift for Valentine’s Day or any special occasion.

Rebecca Sugar is a New York Times bestselling author and the creator of the show Steven Universe on Cartoon Network. She previously worked as a writer and storyboard artist on Cartoon Network's animated series Adventure Time. She's an artist, composer, and director.

Angie Wang is an illustrator and cartoonist based in Los Angeles. She works as a prop/FX designer on the Emmy-nominated TV show Steven Universe and is one of the four co-founders of the annual comics festival Comic Arts Los Angeles.