Items related to Murder on the Ridge

Stenhouse, Ted Murder on the Ridge

Murder on the Ridge 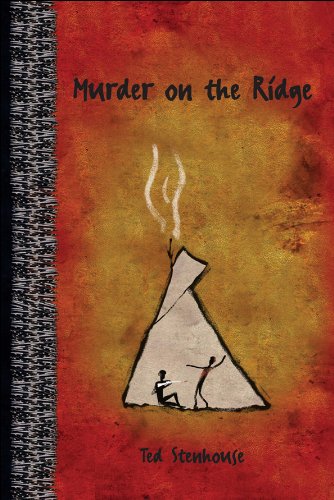 All of Grayson knew that Wilfred Black, or Wolfleg to his Blackfoot people, died on Vimy Ridge during the First World War. But now, in 1952, a letter arrives on his widow's doorstep. Nearly illegible and stained with the mud of the Western Front, the letter claims he was murdered. Wolfleg's widow wants to let the dead sleep in peace, but Will and his best friend, Arthur, want justice. For help they turn to Arthur's grandpa, a traditional Blackfoot with his own ways of seeking the truth. The terrifying reality of war that the boys experience in the sweat lodge nearly spells the end of Will. In Across the Steel River and A Dirty Deed, Will and Arthur uncovered hypocrisy and attempted murder in Grayson. This time, the violent reckoning they set in motion threatens to tear apart their town -- and their friendship.

Gr. 5-8. Will and Arthur, who first appeared in Across the Steel River (2001) and A Dirty Deed (2003), are now 13 and convinced that they're more worldly-wise than they really are. In the less-than-harmonious racial climate of 1952 Canada, they share a white-and-Indian friendship. In this latest mystery, the teens investigate the death of a Blackfoot in a World War I battle after a cryptic note arrives suggesting that the man's death was not the result of enemy fire. The short, dialogue-driven chapters maintain the swift pace, and the vivid details build a satisfying resolution to the mystery. Through their investigation, the boys learn memorable but not heavy-handed lessons about recognizing racial and religious prejudice, standing up for friends, and seeing beyond exterior differences to find what binds people together. Roger Leslie
Copyright © American Library Association. All rights reserved

1. Murder on the Ridge