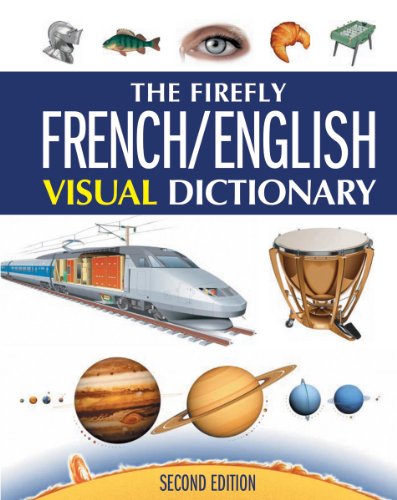 French is the second most commonly taught foreign language in American schools.

The Firefly French/English Visual Dictionary shows graphically what other dictionaries can only describe in words. Now updated, it includes terms that have entered the vocabulary of both languages since the title was first published in 2006.

More than 3,600 handsome annotated illustrations describe more than 20,000 terms, making identification quick and accurate. French terms are identified by gender, and two extensive indexes, one English and another in French, make navigation simple, so finding a word or term in either language is fast.

This revised edition of The Firefly Compact French/English Visual Dictionary is indispensable for the French-language student, the bilingual household and the office.

Jean-Claude Corbeil is a consultant and expert in linguistic planning with a worldwide reputation in the fields of comparative terminology and sociolinguistics.

Ariane Archambault is a specialist in applied linguistics who taught foreign languages before becoming a terminologist and editor of dictionaries.

This terrific reference presents objects from the manmade and natural world, depicted in precise drawings in color, with their names indicated in English and French. Useful to the student, new resident, and professional, the dictionary offers a clearly organized guide to vocabulary, not only the main object, but all its parts, which are also clearly identified in each drawing. Encyclopedic in scope, objects covered range from the kingdoms of animals and plants to types of cheeses and other dairy products to architecture and modes of transportation. (Book News 2011-06-01)