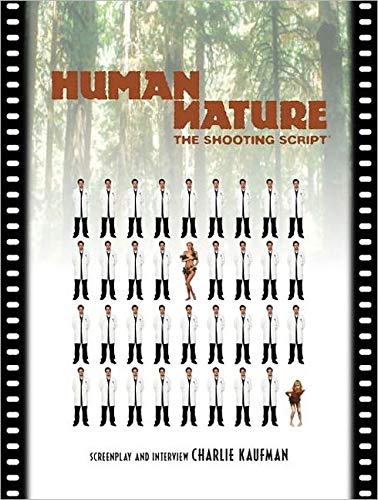 New in the acclaimed series—the clever, colorful new comedy from the Academy Award®-nominated screenwriter of Being John Malkovich, the director of the award-winning Björk music videos, and the producers at Good Machine—coming from Fine Line Features in April 2002. Charlie Kaufman's unconventional worldview is once again in evidence in this powerful satirical exploration of a civilization that idealizes both nature and culture. A philosophical burlesque about an obsessive scientist, a female naturalist, and their discovery—a man raised in the wild. The cast includes Patricia Arquette, Rhys Ifans, Miranda Otto, Tim Robbins, Robert Forster, Rosie Perez, and Mary Kay Place. Approx. 40 photos, color and b/w.

Charlie Kaufman previously collaborated with director Spike Jonze on Being John Malkovich, which was nominated for the Academy Award® for Best Screenplay. Kaufman's other scripts include Eternal Sunshine of the Spotless Mind, Human Nature, and Confessions of a Dangerous Mind.