Items related to Haiku: This Other World

Wright, Richard Haiku: This Other World

Haiku: This Other World 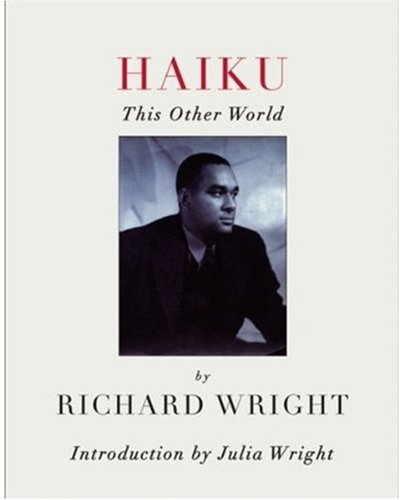 When Arcade first published Richard Wright's Haiku ten years ago, it was a major literary event. Now available again in paperback, this dazzling collection of 810 haiku, the rigorous 17-syllable Japanese poem traditionally about the relationship of man to the natural world, remains both a revelation about the famed author of Native Son and Black Boy and a treasure for all lovers of poetry. Wright wrote more than 4,000 of these poems in his final 18 months of life during his exile in France, and this splendid selection is steeped in beauty. The culmination of Wright's self-appointed role as spokesman for black Americans, HAIKU not only gives added scope to his work but brings to it a universality that transcends both race and color without ever denying them.

"The only full collection of haiku by a major American writer to remotely suggest both the range and depth possible in the genre."-- The Santa Fe New Mexican

" Haiku: This Other World is an outstanding addition to Wright's literary and humanist achievements and stands as a beacon to this other world."-- The Japan Times

"A clutch of strong flowers."--Gwendolyn Brooks

Richard Wright was born in Mississippi in 1908 and died in Paris in 1960. His novel Native Son, published in 1940, established him as one of America's major literary voices. His other works include Black Boy and The Outsider.