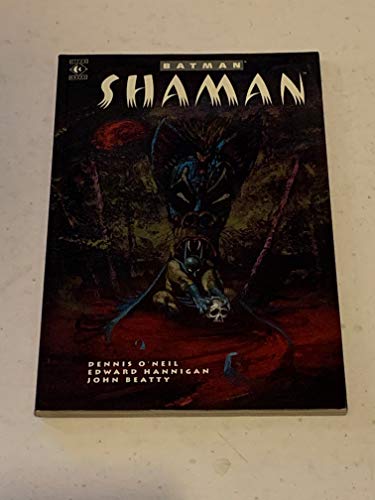 A young Batman must use his developing skills as a detective to track down a murderous impersonator and is led down a trail filled with Native North American mysticism. This hair-raising adventure reveals the genesis of Bruce Wayne's identity as Batman and the origin of the Bat Cave.

Dennis "Denny" O'Neil is a comic book writer and editor, principally for Marvel Comics and DC Comics in the 1970s. His best works include Green Lantern/Green Arrow and Batman with Neal Adams, The Shadow with Mike Kaluta and The Question with Denys Cowan, all of which were hailed for sophisticated stories that expanded the artistic potential of the mainstream portion of the medium. As an editor, he is principally known for editing Batman. His 1970s run on Batman is perhaps his most well known endeavour, turning Batman from the campiness of the 1960s TV show, to "The Batman", getting back to the character's darker roots and emphasizing his detective skills. This grimer and more sophisticated Dark Knight, as well as new villians such as Ra's Al Ghul, brought back Batman from the verge of pop culture oblivion. His work would influence later incarnations of Batman, from the seminal comic "Batman: The Dark Knight Returns" by Frank Miller, to the movie Batman Begins in 2005.