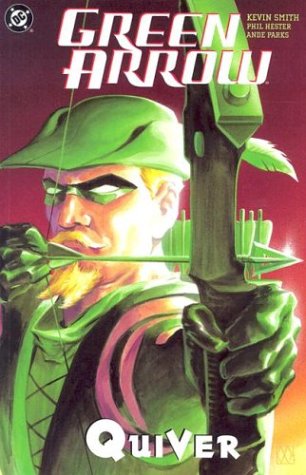 Oliver Queen, a.k.a. the Green Arrow, comes back to life, unaware that he was dead, and encounters superheroes including Hal Jordan, Aquaman, and Batman as he struggles to adjust to a world vastly different from the one he left.

Kevin Smith sold his comic book collection to fund Clerks, and after the film became a huge hit he was able to buy them back. One of the most successful and critically acclaimed independent film-makers of recent years, Smith was the producer of the Oscar-winning Good Will Hunting and has also written and directed Mallrats, Chasing Amy, Dogma and Jay and Silent Bob Strike Back.