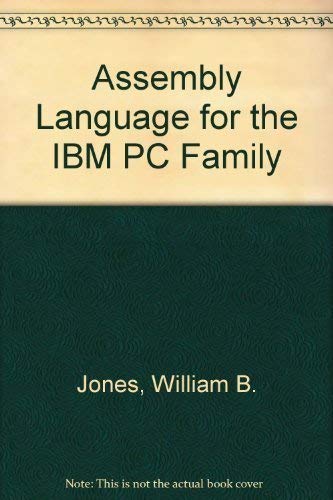 This title includes the following features: NEW TO THIS EDITION:; New substantial chapter on using the Floating Point Unit, including I/O routines for floating point numbers in the library.; More coverage of debuggers, including added exercises in which code must actually be fixed. Discussed
primarily in separate "chapters" called Debug Workshops, both TASM and MASM are treated in parallel and in greater detail.; More emphasis on C and C++ as example of high-level languages.; Information on use of the shareware Windows-based editing program WinEdit, as well as the author's own included
editor, for programming in assembly language.; New material on generation of libraries (the LIB and TLIB programs).; Coverage of internal formats of instructions, micro-optimization (at the assembly level), CISC vs. RISC architectures, cache memories, prefetch queues, and other hardware topics,
including distinct features of the Pentium CPU.