Items related to GIS for the Urban Environment

GIS for the Urban Environment 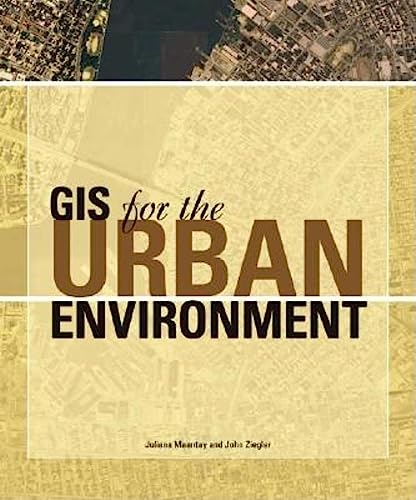 This introduction to urban planning applications and problem solving with CIS is appropriate for students and professionals in the fields of geography, urban studies, urban planning, urban public health, urban environmental assessment, and hazard and emergency management. Technical jargon is minimized while the analytical concepts are fully described, enabling full use and understanding of GIS techniques. Infused in the included laboratory exercises are real-world activities that are often required in urban GIS projects but rarely included in prepared lab work, such as data acquisition, integrating data into the GIS, and manipulation of real data. Project design and analysis methodologies are also demonstrated with real-life examples of urban GIS projects.

Juliana Maantay is an associate professor of environmental and urban geography at City University of New York Lehman College's department of geology and geography and is a research scientist with the National Oceanic and Atmospheric Administration's (NOAA) cooperative center for remote sensing science and technology (CREST). Her work has been published in major journals, including the American Journal of Public Health, Environmental Health Perspectives, The Journal of Law, Medicine, and Ethics, Projections: The Planning Journal of the Massachusetts Institute of Technology, and Planners Network. She lives in New York City. John Ziegler is the founder and president of Space Track Inc., a GIS consulting company. He has worked with government, nonprofit, and private sector organizations and has overseen the development of Space Track's own municipal GIS applications. He was a part of the disaster response team that worked with New York City's office of emergency management in the weeks following the September 11 attack on the World Trade Center, using GIS to produce mapping for emergency responders. He lives in New York City.

1. GIS for the Urban Environment

2. GIS for the Urban Environment

4. GIS for the Urban Environment