Items related to Teddy Suhren, Ace of Aces: Memoirs of a U-Boat Rebel

Teddy Suhren, Ace of Aces: Memoirs of a U-Boat Rebel 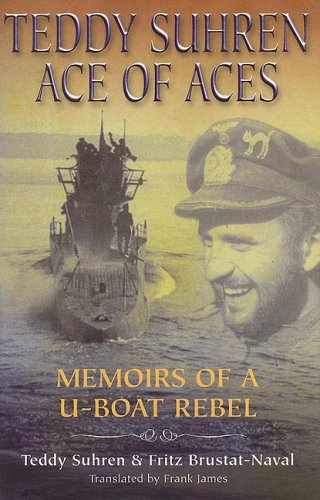 Teddy Suhren, the commander of U-564, was one of the most successful U-boat skippers of World War II. He is said to have fired more successful torpedo shots than any other submariner during the war and was the first junior officer to be awarded the Knight's Cross for his achievements. By war's end he had earned a Knight's Cross with Oak Sword and is credited with sinking eighteen ships plus a British corvette and damaging four other ships. One of the lucky few to survive the war, Suhren wrote his memoirs in German with the help of a journalist friend under the title Nasses Eichenlaub. This English translation of the popular work is the first to be available.

Suhren remains a legend within the U-boat world mostly for his good humor and irreverent and rebellious nature, which frequently got him into trouble with higher authorities. Despite his refusal to conform, however, he had access to the highest circles of power in Nazi Germany. Suhren's reminiscences of those times make for some fascinating reading and include descriptions of social events few were privileged to attend.

The memoirs of TEDDY SUHREN were edited for publication by FRITZ BRUSTAT-NAVAL, a professional journalist and writer on historical and shipping subjects. FRANK JAMES was spurred into translating Suhren’s book after collaborating on _U-Boat War Patrol_ with Lawrence Paterson.

1. Teddy Suhren, Ace of Aces: Memoirs of a U-Boat Rebel

2. Teddy Suhren: Ace of Aces: Memoirs of a U-boat Rebel

4. Teddy Suhren, Ace of Aces: Memoirs of a U-Boat Rebel