Items related to The Rise of the New Religious Right

Butler, Anthea The Rise of the New Religious Right

The Rise of the New Religious Right 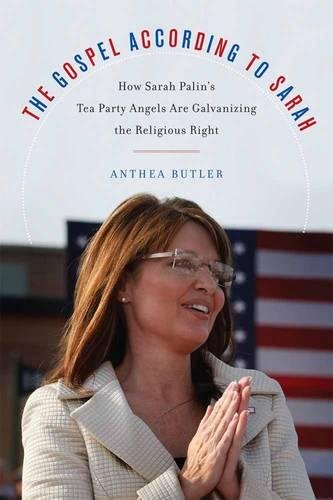 The Gospel According to Sarah is a fascinating new look at a little understood but crucial side of Sarah Palin: her Pentecostal roots. Anthea Butler’s perfectly timed analysis trains the keen eye of a noted religion scholar on religious and political currents that have been widely caricatured but, until now, poorly understood and rarely discussed.

Butler shows that Palin’s widely publicized fumbles and verbal gaffes are irrelevant to her committed core of Christians on steroids,” whose beliefs in miracles, literal readings of the Bible, and apocalyptic patriotism make traditional evangelicals like James Dobson and Pat Robertson seem almost mainstream. Although the media cannot hear the regular dog whistle of Christian buzzwords Palin uses to rally her base, it’s plainly there.

To Sarah Palin’s millions of devoted followers, religion is everything; to her detractors, it is a puzzle. The Gospel According to Sarah brilliantly deciphers this new breed of religious conservative.

About the Author:
Anthea Butler is an associate professor of religious studies and the graduate chair at the University of Pennsylvania. A leading authority on Pentecostalism, she is a popular blogger and has been featured on NPR’s Morning Edition, The Today Show, and the History Channel. She lives in Philadelphia.