Items related to For the Love of Lab Rats: Kinship, Humanimal Relations,...

For the Love of Lab Rats: Kinship, Humanimal Relations, and Good Scientific Research 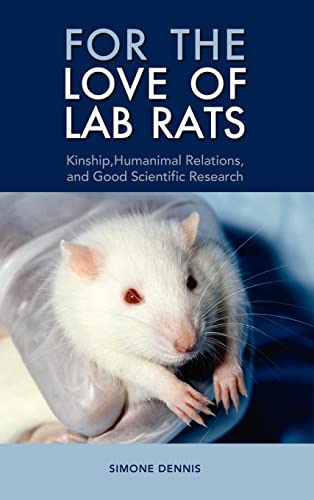 The movement of research animals across the divides that have separated scientist investigators and research animals as Baconian dominators and research equipment respectively might well give us cause to reflect about what we think we know about scientists and animals and how they relate to and with one another within the scientific coordinates of the modern research laboratory. Scientists are often assumed to inhabit the ontotheological domain that the union of science and technology has produced; to master 'nature' through its ontological transformation. Instrumental reason is here understood to produce a split between animal and human being, becoming inextricably intertwined with human self-preservation. But science itself is beginning to take us back to nature; science itself is located in the thick of posthuman biopolitics and is concerned with making more than claims about human being, and is seeking to arrive at understandings of being as such. It is no longer relevant to assume that instrumental reason continues to hold a death grip on science, nor that it is immune from the concerns in which it is deeply embedded. And, it is no longer possible to assume that animal human relationships in the lab continue along the fault line of the Great Divide. This book raises critical questions about what kinship means, or might mean, for science, for humanimal relations, and for anthropology, which has always maintained a sure grip on kinship but has not yet accounted for how it might be validly claimed to exist between humanimals in new and emerging contexts of relatedness. It raises equally important questions about the position of science at the forefront of new kinships between humans and animals, and questions our assumptions about how scientific knowing is produced and reflected upon from within the thick of lab work, and what counts as 'good science'. Much of it is concerned with the quality of humanimal relatedness and relationship. For the Love of Lab Rats will be of great interest to scientists, laboratory workers, anthropologists, animal studies scholars, posthumanists, phenomenologists, and all those with an interest in human-animal relations.

1. For the Love of Lab Rats: Kinship, Humanimal Relations, and Good Scientific Research