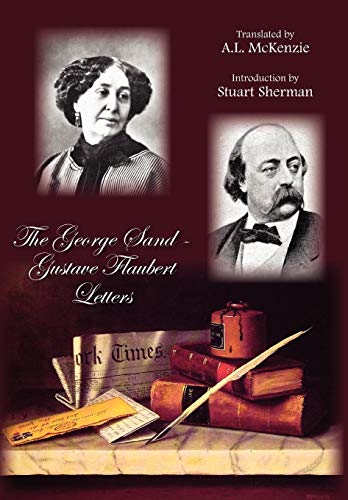 The George Sand-Gustave Flaubert Letters is a compilation of personal correspondence between two great nineteenth century French writers and contemporaries. The letters reveal often divergent but always profound, effervescent, and fascinating views on art, literature, drama, philosophy, culture, and gossip of the period: an unparalleled window into history, and a rare interior glimpse into the creative psyche of two literary giants.

Translated from the French by A.L. McKenzie (1921), with an introduction by Stuart Sherman.

George Sand is the pen name of Amantine Lucile Aurore Dupin, Baroness Dudevant, a 19th century French novelist and memoirist. Sand is best known for her novels Indiana, L?lia, and Consuelo, and for her memoir A Winter in Majorca, in which she reflects on her time on the island with Chopin in 1838-39. A champion of the poor and working classes, Sand was an early socialist who published her own newspaper using a workers co-operative and scorned gender conventions by wearing men s clothing and smoking tobacco in public. George Sand died in France in 1876.