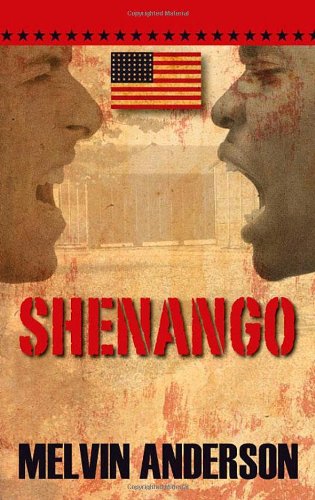 The year is 1943 and the world is at war. David Robinson is a non-commissioned army officer and a good soldier, until he is kicked out of Officer Candidate School (OCS) in New Jersey. After this, he goes out of his way to bend army rules. While awaiting reassignment, he meets a movie actress and advises her on the grounds for divorcing her husband, an OCS candidate. Robinson is persecuted for his divorce advice and is transferred to Camp Shenango, where he meets and falls for a clerk at the local PX. She becomes the cause of a race riot and Robinson becomes involved, killing several black rioters. Despite a lack of evidence, he is tried, convicted and sentenced to Ft. Leavenworth military prison. Before leaving for prison, however, Robinson is wounded by a guard, and while in the hospital is able to sneak out word that his trial was a farce. This novel is loosely based on real events. Author Melvin Anderson lives with his wife in Puyallup, Washington. He is a retired electronic engineer and World War II veteran who has lived and traveled all over the United States. "I was at Camp Shenango during the race riots and, although no one was killed, I cited the correct cause and wanted to show race relations in the service during that time." Camp Shenango is located in Pennsylvania and was later renamed Camp Reynolds.