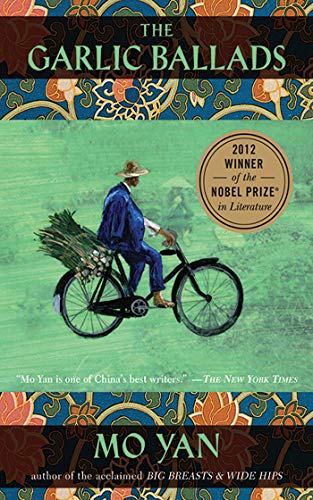 The farmers of Paradise County have been leading a hardscrabble life unchanged for generations. The Communist government has encouraged them to plant garlic, but selling the crop is not as simple as they believed. Warehouses fill up, taxes skyrocket, and government officials maltreat even those who have traveled for days to sell their harvest. A surplus on the garlic market ensues, and the farmers must watch in horror as their crops wither and rot in the fields. Families are destroyed by the random imprisonment of young and old for supposed crimes against the state.

The prisoners languish in horrifying conditions in their cells, with only their strength of character and thoughts of their loved ones to save them from madness. Meanwhile, a blind minstrel incites the masses to take the law into their own hands, and a riot of apocalyptic proportions follows with savage and unforgettable consequences. The Garlic Ballads is a powerful vision of life under the heel of an inflexible and uncaring government. It is also a delicate story of love between man and woman, father and child, friend and friend—and the struggle to maintain that love despite overwhelming obstacles.

Mo Yan, winner of the 2012 Nobel Prize for Literature, was born in 1955 in North Gaomi Township in Shandong Province, an impoverished rural area that is the setting for much of his fiction. Despite the audacity of his writing, he has won virtually every national literary prize, including China’s Annual Writer’s Prize, its most prestigious award. He is the author of The Garlic Ballads, The Republic of Wine; Shifu, You’ll Do Anything for a Laugh; Big Breasts and Wide Hips, and Life and Death Are Wearing Me Out, all published by Arcade, as well as Red Sorghum and Pow!. Mo Yan and his family live in Beijing.

5. The Garlic Ballads: A Novel

6. THE GARLIC BALLADS: A NOVEL