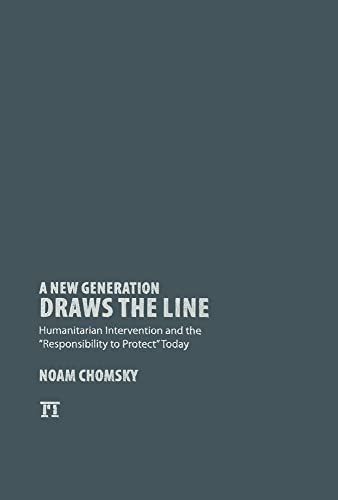 How do we understand the role and ethics of humanitarian intervention in today’s world? This expanded and updated edition is timely as the West weighs intervention in Libyan civil war. Discussions of Libyan intervention involved the international principle of “the right to protect” (R2P).  Chomsky dissects the meaning and uses of this international instrument in a new chapter. Other chapters from the book help readers understand the West’s uses and abuses of “humanitarian intervention,” which is not always what it seems, including detailed studies of East Timor and Kosovo.

Chomsky dissects the meaning of "the right to protect" and examines the West's uses and abuses of humanitarian intervention in this expanded and updated edition.

Noam Chomsky, Professor of Linguistics at the Massachusetts Institute of Technology, is the author recently of Hopes and Prospects (2010) and Power and Terror (Paradigm 2011). His articles and books revolutionized the contemporary study of linguistics and his political writings are widely read and translated throughout the world. In 2003 a profile of Chomsky in the New Yorker described his influence as one of the most cited scholars in history.

A New Generation Draws the Line: Kosovo, East Timor, and the "Responsibility to Protect" Today, Updated and Expanded Edition

A New Generation Draws the Line: Humanitarian Intervention and the "Responsibility to Protect" Today