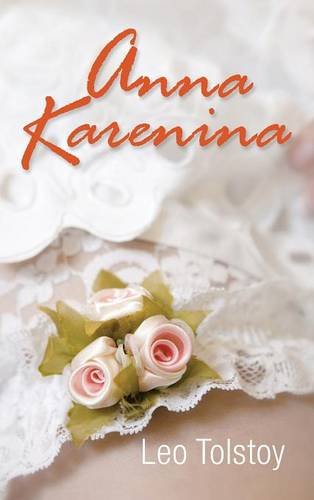 Tolstoy published Anna Karenina in serial installments from 1873 to 1877 in the periodical The Russian Messenger. Fyodor Dostoyevsky declared it "flawless as a work of art." His opinion was shared by Vladimir Nabokov, who especially admired "the flawless magic of Tolstoy's style," and by William Faulkner, who described the novel as, "the best ever written." Tolstoy was born in Yasnaya Polyana, the family estate in the Tula region of Russia. The Tolstoys were a well-known family of old Russian nobility. He was the fourth of five children of Count Nikolai Ilyich Tolstoy, a veteran of the Patriotic War of 1812, and Countess Mariya Tolstaya (Volkonskaya). Tolstoy's parents died when he was young, so he and his siblings were brought up by relatives. In 1844, he began studying law and oriental languages at Kazan University.

Some people say Anna Karenina is the single greatest novel ever written, which makes about as much sense to me as trying to determine the world's greatest color. But there is no doubt that Anna Karenina, generally considered Tolstoy's best book, is definitely one ripping great read. Anna, miserable in her loveless marriage, does the barely thinkable and succumbs to her desires for the dashing Vronsky. I don't want to give away the ending, but I will say that 19th-century Russia doesn't take well to that sort of thing.

Richard Pevear and Larissa Volokhonsky have produced acclaimed translations of Tolstoy, Dostoevsky, Gogol, and Bulgakov. Their translation of The Brothers Karamazov won the 1991 PEN/Book-of-the-Month Club Translation Prize. They are married and live in Paris, France.

Shipping: US$ 9.89
From United Kingdom to U.S.A.
Destination, rates & speeds

Shipping: US$ 35.37
From United Kingdom to U.S.A.
Destination, rates & speeds