Items related to The Yeezus Book 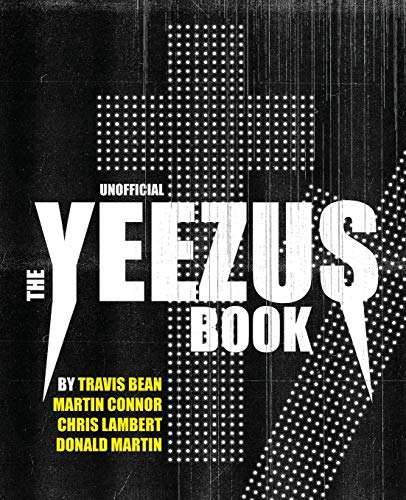 From designer lamps and masks, to cult filmmakers, to avant garde DJs and rap pioneers, to . . . Adam Sandler?

Chris Lambert and Travis Bean (Watching The Throne podcast), Donald Martin (YouTube’s The Most Unruly), and Martin Connor (Editor-in-Chief of RapAnalysis.com) take us on an in-depth look through the influences, story, and musical architecture of the album, as well as its unorthodox production across multiple cities, and an ambitious, sprawling tour concept . . . This is The Yeezus Book, an illustrated narrative guide to Kanye West’s enigmatic sixth solo effort that’s like nothing that came before it.

Designed by Matthew Revert and Michael Kazepis, and featuring art by Fabian Louis.

Book Description Paperback. Condition: Very Good. Connecting readers with great books since 1972! Used books may not include companion materials, and may have some shelf wear or limited writing. We ship orders daily and Customer Service is our top priority!. Seller Inventory # S_341492236

Book Description Condition: Good. A+ Customer service! Satisfaction Guaranteed! Book is in Used-Good condition. Pages and cover are clean and intact. Used items may not include supplementary materials such as CDs or access codes. May show signs of minor shelf wear and contain limited notes and highlighting. Seller Inventory # 1732124019-2-4