Items related to Fates and Furies 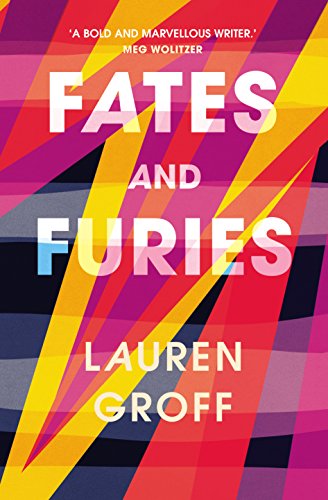 Fates And Furies by groff, lauren

Picked by the Amazon editors as the #1 book of 2015: Many a therapist will tell you that honesty and transparency is the glue that keeps a relationship together. Lauren Groff cleverly turns this concept on its head in Fates and Furies, demonstrating that sometimes it’s what you don’t say—to protect your partner’s vanity, their reputation, their heart—that makes a marriage hum. (Until it doesn’t.) Broken up into two parts and numerous perspectives, this dazzlingly told tale of one such marriage introduces us to Lotto and Mathilde. The former is an out-of-work actor-turned successful playwright, although some of that success is fueled by forces his ego obscures. And then there’s his adoring and enigmatic wife, Mathilde, who we later find out is a far better actor than Lotto ever was. For all the smoke and mirrors, Groff crafts a convincing love story that packs an emotional punch, especially when certain truths are revealed. There is also something satisfying in finding out the extent to which our own perceptions are skewed as the narrative unfolds. The title Fates and Furies is a nod to Greek Tragedy, and this novel revels in the themes befitting one—passion, betrayal, vengeance, redemption...You will revel in it, too. –Erin Kodicek

Lauren Groff is the author of the New York Times bestselling novel The Monsters of Templeton, the short story collection Delicate Edible Birds and Arcadia. She has won Pushcart and PEN/O. Henry prizes and has been shortlisted for the Orange Award for New Writers. Her stories have appeared in publications including The New Yorker, the Atlantic, One Story, and Ploughshares, and have been anthologised in Best American Short Stories 2007 and 2010, and Best New American Voices 2008. She lives in Gainesville, Florida, with her husband and two sons.