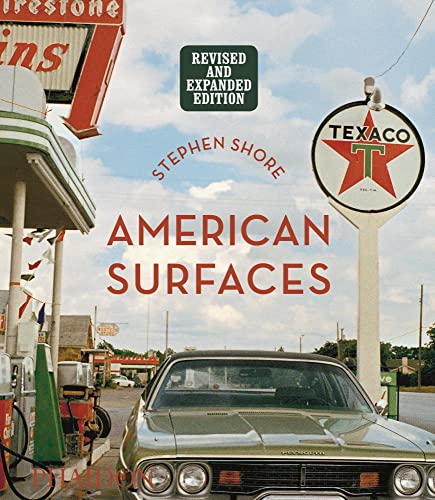 An updated edition of Shore's groundbreaking book, now with previously unpublished photographs and a new introduction

Stephen Shore's images from his travels across America in 1972-73 are considered the benchmark for documenting the extraordinary in the ordinary and continue to influence photographers today. The original edition of American Surfaces, published by Phaidon in 2005, brought together 320 photographs sequenced in the order in which they were originally documented. Now, in the age of Instagram and nearly 50 years after Shore embarked on his cross-country journey, this revised and expanded edition will bring this seminal work back into focus.

Stephen Shore is one of the most influential living photographers. His photographs from the 1970s, taken on road trips across America, established him as a pioneer in the use of color in art photography. He is director of the photography program at Bard College, New York.

Teju Cole is a novelist, photographer, critic, curator, and author. He is the Gore Vidal Professor of the Practice of Creative Writing at Harvard.

Shipping: US$ 22.32
From United Kingdom to U.S.A.
Destination, rates & speeds