Items related to Free-Born John: A Biography of John Lilburne 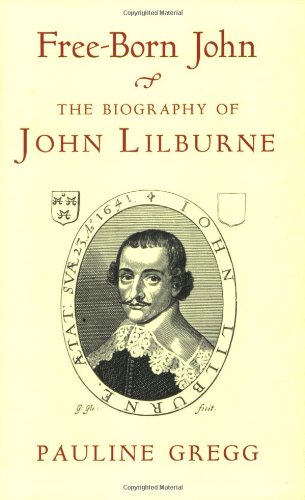 "I neither love a slave nor fear a tyrant." Thus spoke John Lilburne, one of the 17th century's most vivid figures. Head of the Levellers, it was he, over 300 years ago, who spelled out to the English the true meaning of democracy. An agitator supreme, he stopped at nothing to further his cause--whether it meant attacking Cromwell or King Charles I, or "stage managing" his own trial for life as though it were a play. He had no equal. "...successfully conveys the nature of his personality as well as his ideas...authoritative and illuminating..."--C.V. Wedgwood, Daily Telegraph.

3. FREE-BORN JOHN: A BIOGRAPHY OF J

4. FREE-BORN JOHN: A BIOGRAPHY OF J