Items related to Reality Transurfing 2: A Rustle of Morning Stars 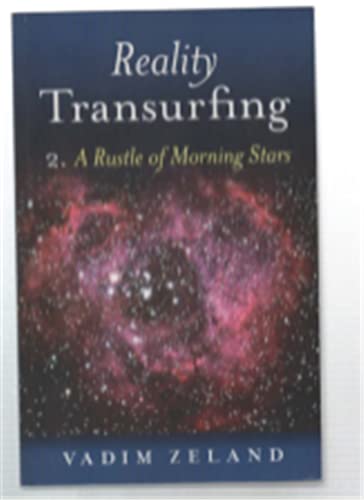 Transurfing Reality was one of the top non-fiction bestellers in the world in 2005 and 2006. Unknown till now in the West. Sold 2,500,000 copies in Russia in three years. This is the first English translation of the second volume that describes a new way of looking at reality, indeed of creating it. It provides a scientific explanation of the laws that help you do this, building up a scientific model.

Before the collapse of the Soviet Union Vadim Zeland worked in quantum physics research; in the post-Soviet era, in IT. Today, in modern Russia, he writes, developing a new technology for controlling reality.

Reality Transurfing presents an exciting new model by which we may better understand the way we can free ourselves from even the most powerful collective thoughts... such as from fearful news stories broadcast by the media. Reality Transurfing provides simple solutions that anyone can understand for the kinds of real-life, complicated problems that everyone has." Cynthia Sue Larson, author of AURA ADVANTAGE and editor of RealityShifters News, USA