Items related to Biological Systems of the Brain

Biological Systems of the Brain 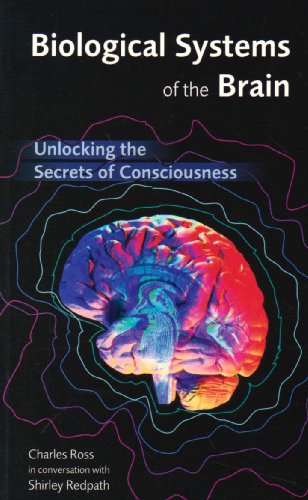 Drawing on a lifetime of work and research into thinking systems, Charles Ross and Shirley Redpath present a series of radical theories about how the cluster of neurons that make up a brain develops into the accumulation of understanding and consciousness that each one of us has come to identify as our unique selves.

Charles T. Ross trained as a banker but has spent fifty years in the entrepreneurialside of computing. He has been involved in four world firsts in the design of computer software systems and is currently working on the commercialisation of quantum technologies.Shirley F. Redpath has worked with a wide range of businesses in Canada and the U.K. as a strategy consultant and facilitator. She uses various creative and cognitive methodologies to draw out new and more effective thinking strategies in management teams and is currently researching various approaches to reprogramming the brain for more fulfilling living.

The problem of consciousness has been facing - and defeating - scientists for generations now. What happens in our brains when we wake up? It seems such a simple question, but no one has ever come up with a plausible and coherent answer. In a paradigm where everyone is stuck, a fresh set of ideas is always a step forward, wherever they come from and wherever they lead. The ideas presented here are the result of decades of enthusiastic thought and discussion, and will surely provoke further thought and discussion wherever they are heard. Who knows whether they will lead us to the secret of consciousness? What is certain is that they provide another fascinating path to explore. -- Michael Brooks New Scientist a really stimulating, thought provoking and lateral book -- John Riley Computer Weekly "Biological Systems of the Brain" is a fertile piece of work which contains many thought-provoking ideas. The idea of describing the brain from a systems analysis perspective is brilliant - it makes clear many things that are obscure when described in traditional biological terms. In the part of the book on the formation of memory, I do not necessarily go along with all the conclusions, but I can see that the theory would fill gaps. The role of glial cells in modulating neuronal activity is an exciting new field of discovery and may well throw up something akin to the book's suggestion of glial bridges. Epigenetics is a [further] area where very little is known. The authors' speculations show a degree of insight, which is often lacking in text books on the subject, and is very interesting. As, indeed, are the thoughts on ... the possibility of pro-active evolution. Looking at the brain as a system is a wonderfully revealing device which makes clear many aspects of brain function that otherwise may seem quite mysterious. "Biological Systems of the Brain" is well structured, and deeply informative... -- Rita Carter, science writer, lecturer and broadcaster ... a fertile piece of work which contains many thought-provoking ideas... well structured, and deeply informative... -- Rita Carter, science writer, lecturer and broadcaster

1. Biological Systems of the Brain: Unlocking the Secrets of Consciousness