Items related to William Bouguereau: His Life and Works

William Bouguereau: His Life and Works 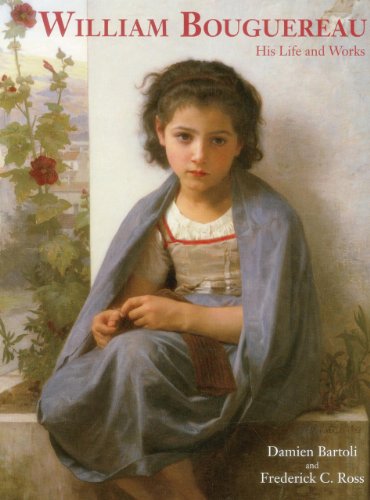 William Bouguereau (1825-1905) was a highly important and influential French academic painter, who taught a long succession of gifted students, primarily at the private Académie Julien in Paris.

Bouguereau wanted to become a serious history painter and his efforts paid off in 1850 when he won the much coveted Prix de Rome (meaning that the French government paid him to stay in Rome and study art). After his studies in Italy, he established his reputation in Paris as a premier history painter, portraitist, and decorator of churches during the 1850s and 1860s. He was elected to the Académie des Beaux-Arts in 1876 and remained an important and influential member for 30 years. His large output of Salon paintings was consistently praised by critics, often purchased by the French state, and frequently reproduced in the press. He won numerous awards throughout his career and can be seen as the epitome of the French Academy.

Originally published as part of the two-volume set, now available for the first time as a single volume, this edition includes a chapter entitled 'William Bouguereau's Nymph and Satyr'. It is a detailed discussion of the painting, one of his most significant works, and is written by Kara Lysandra Ross.