Items related to Computational Acoustics and Its Environmental Applications... 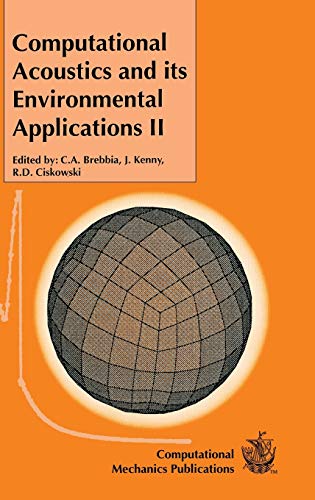 This book contains 21 edited papers presented at the Second International Conference on Computational Acoustics and its Environmental Applications, which was held in Umbria, Italy, June 4-6, 1997. The conference brought together researchers in academia and industry, as well as practicing engineers, architects and planners concerned with the study of acoustics. The Meeting acted as an interdisciplinary forum for the discussion of problems of common interest.

The need to predict accurately the noise in different types of environment has resulted in a growing awareness of the power of computer codes to monitor acoustic problems. Because computers now allow accurate prediction of various effects, they are a unique tool for noise optimization.

In addition to more classic acoustical problems, there is now a growing awareness in society of the importance of noise in the environment, which is becoming both a social and a political issue. Planning of airports, motorways, factories and many other developments require a proper study of the resulting noise output. The importance of noise is also reflected in the better design of different components such as mufflers, the interior of all types of passenger vehicles, such as cars, aircraft, railway carriages in hearing protection devices etc.

Simulation of acoustic behavior is essential for the design of consumer products and living spaces. Advances in computer technology and algorithm development have extended computer simulation techniques to include such new areas as auralization of sound fields in addition to visualization. These are also techniques that can be powerful tools in education.

Buy Used
Condition: Fine
Computational Acoustics and Its... Learn more about this copy