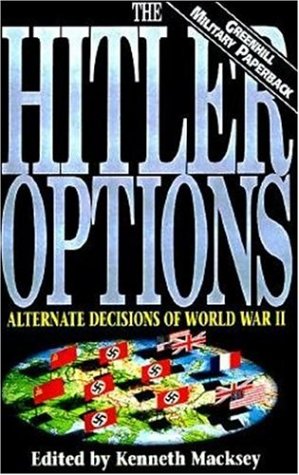 Ten scenarios that might have changed the course of the war Detailed examinations by ten leading military historians Now for the first time in paperback A thought-provoking study of what might have been. British Army Review In this compelling book, ten internationally acclaimed military authors present the greatest maybes of World War II. Based on crucial turning points of the war, these dramatic possibilities develop from choices Hitler could realistically have made; they fall well within the bounds of what might actually have occurred, and are projected only from factual situations and the options available. Real people behave in character, and projected technological innovations are all plausible. The resulting scenarios will grip the reader and graphically illustrate the role of chance in history, showing how major consequences can result from minor changes in the course of events.

Kenneth Macksey joined the Royal Armoured Corps in 1941, saw action in Normandy in 1944 and Germany in 1945, and after World War II spent more than twenty years as an officer of the Royal Tank Regiment. He is internationally known for his works on military history, including Guderian: Panzer General, Kesselring: The Making of the Luftwaffe, and his recent Why the Germans Lose at War.