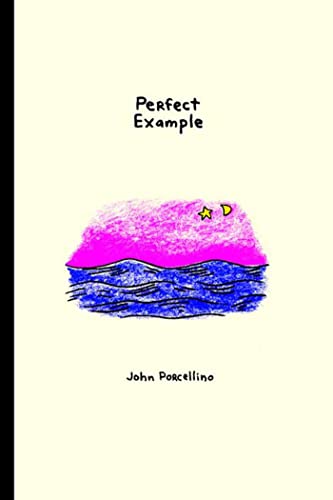 A melancholic memoir of saying goodbye to the familiar Road trips, drunken concerts, and late-night make-out sessions all swirl together in this coming-of-age graphic novel by King Cat cartoonist John Porcellino. Tackling the pain and uncertainty of the pivotal summer before college, Porcellino's sad and beautiful story is drawn in his sincere, minimalist style. Deceptively and charmingly simple, Perfect Example is a collection of Porcellino's self-published King Cat comics, which have won over thousands of readers with their honesty, empathy, and sincerity.

"John Porcellino creates some of the most thoughtful, intelligent, sympathetic and, yes, beautiful comix in America." --Time.com

"Beyond his appealingly simple cartooning style, what really makes Porcellino's work endure is the sensibility that underlies all of his comics. Porcellino's take on himself and the world around him is passionate, gentle, and accepting, while not without moments of doubt, despair, and self-hatred." --The Comics Journal

An Utne Independent Press and Firecracker Award nominee, John Porcellino has self-published his comic-zine King Cat for more than fifteen years, an excerpt of which is included in McSweeney's Issue 13, edited by Chris Ware.