Items related to The Changing Shape of Form Criticism: A Relational... 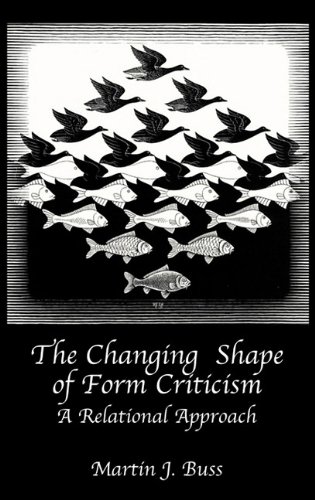 In this important collection of essays by the leading theorist of form, Martin Buss presents in Part I, Steps toward a New Form Criticism, several essays that view forms as complexes of relations that constitute possibilities. This relational approach to form criticism rejects, on the one hand, the idea that reality is at base only particular and, on the other hand, an essentialism that holds that forms are firmly structured and there is a single correct way to classify texts. In Part II, Interdisciplinary Ideas of Sitz im Leben, he shows how Gunkel's notion of Sitz im Leben, derived from his knowledge of other fields, made an impact on leading figures in several disciplines. They modified the notion, and their analyses became known to a number of biblical scholars. This cross-pollination introduced a new understanding of the notion of Sitz im Leben into biblical studies, which, in turn, was noted by scholars in other fields. An appendix to the volume reports relational approaches in several disciplines that provide a stimulus for relational form criticism. The volume has been edited by Nickie M. Stipe.

1. The Changing Shape of Form Criticism: A Relational Approach

2. The Changing Shape of Form Criticism: A Relational Approach