Items related to A Distant Grief: Australians, War Graves and the Great...

A Distant Grief: Australians, War Graves and the Great War 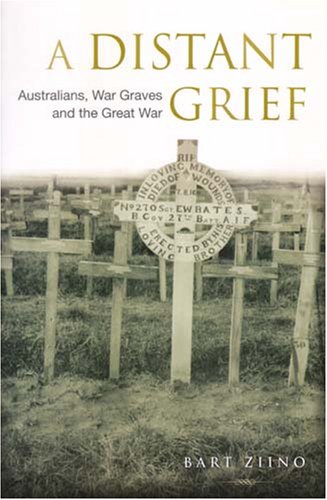 Sixty thousand Australians died during the First World War. This book is the first major study to examine the roles of war graves and cemeteries in private grief and mourning, through archival research of the Commonwealth War Graves Commission, the organization responsible for commemorating the million soldiers of the British Empire who died in the war. A Distant Grief reorients and enriches international discussion of reactions to death and commemoration during, and after, the First World War. The author, Bart Ziino, has written on war memorials, Gallipoli, and the Australian memory of war. The thesis on which this book is based won the 2005 Australian Historical Association's Serle Award for the best thesis in Australian History.