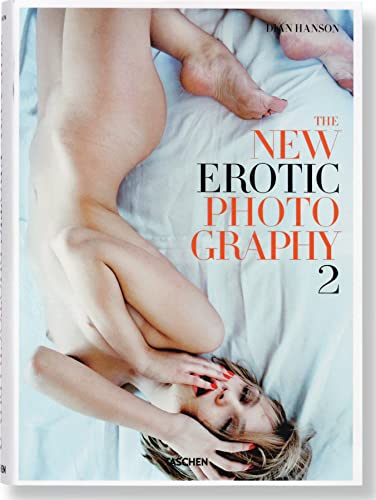 Over 400 fresh and provocative images!   Text in English, French, and German

About the Author:
Dian Hanson produced a variety of men’s magazines from 1976 to 2001, including Juggs, Outlaw Biker and Leg Show, before becoming TASCHEN’s Sexy Book editor. Her 60+ books for TASCHEN include The Art of Pin-up and Psychedelic Sex. She lives in Los Angeles.
Review:
"From the crotch-in-your face gonzo approach of Bob Coulter to the pin-up fetish girls of Eric Kroll, it contains an amazing variety of loin-stirring work... amid the pages and pages lithe limbs, luscious lips and bouncing breasts, there's sure to be something that pushes your buttons - whether you're inspired to pick a camera and start shooting a load of images, or simply shoot a load."