Items related to Japanese Experimental Transport Aircraft of the Pacific... 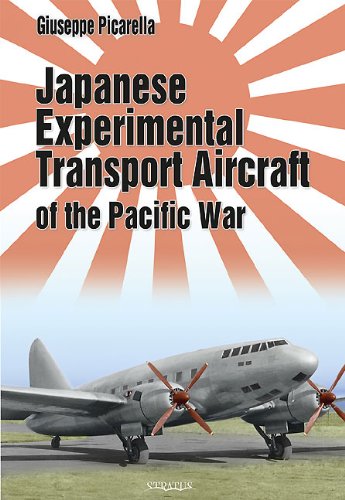 Giuseppe (Joe) Picarella is a professional graphic artist specializing in aviation, whose work is seen in many major aviation journals. He is also an authority on Japanese WW2 aircraft, with a significant archive of rare photos and documents.

Book Description MMPBooks, 2012. Hardcover. Condition: Good. Connecting readers with great books since 1972. Used books may not include companion materials, some shelf wear, may contain highlighting/notes, may not include cdrom or access codes. Customer service is our top priority!. Seller Inventory # S_296330235

Book Description MMPBooks, 2012. Condition: Good. A+ Customer service! Satisfaction Guaranteed! Book is in Used-Good condition. Pages and cover are clean and intact. Used items may not include supplementary materials such as CDs or access codes. May show signs of minor shelf wear and contain limited notes and highlighting. Seller Inventory # 8361421416-2-4