Items related to The Drink of the People of Purity

Shaykh Muhammad B. Al-Qasim Al-Qandusi The Drink of the People of Purity

The Drink of the People of Purity 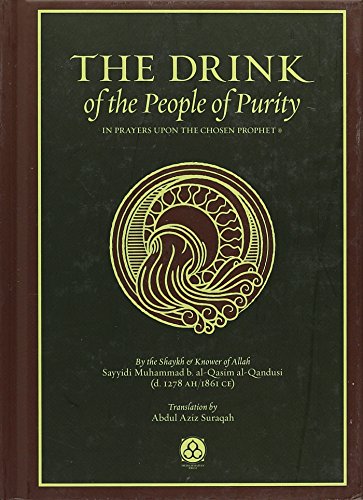 About the Author: The knower of Allah, Shaykh Muhammad b. al-Qasim al-Qandusi, was born in Algeria and later settled in Fez, Morocco. He was affiliated with the Qadiri and Nasiri Sufi orders. He lived a life of obscurity as a herbalist and calligrapher, having written the Supreme Name (Allah) in his large, unique script that remains to this day in the Moulay Idriss II Mosque in Fez. Towards the end of his life, he wrote books on the sciences of Sufism. He passed away in Fez in the year 1278 AH/1861 CE.