Items related to Anatomy of Political Power in China (Politics &... 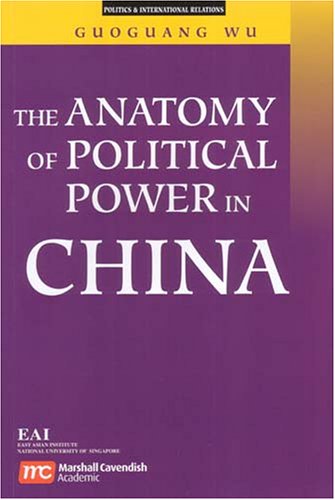 Before leaving China in 1989, Wu (China and Asia-Pacific relations, U. of Victoria, Canada) had been involved in Chinese politics as an editorialist for the People's Daily, as a member of the policy advisory group to the national leadership on political reform in the lead up to the 13th National Congress, and as a speech and document writer for various Chinese government leaders. Here he applies that experience to his effort to combine political concepts with actual Chinese political practice. Approaching his topics from the perspective of institutional analysis, he examines the interaction of political legitimacy, ideology, and power distribution in the elite politics of the 15th and 16th National Congresses; processes of bureaucratic and mass communications from the central leadership to other parts of the state and society; state-enterprise relations, central-local relations, popular participation, and other issues of political reform; and Chinese foreign policy, particularly towards the United States. Distributed in the US by ISBS. Annotation ©2006 Book News, Inc., Portland, OR (booknews.com)