Items related to BLACKER THAN A THOUSAND MIDNIGHTS 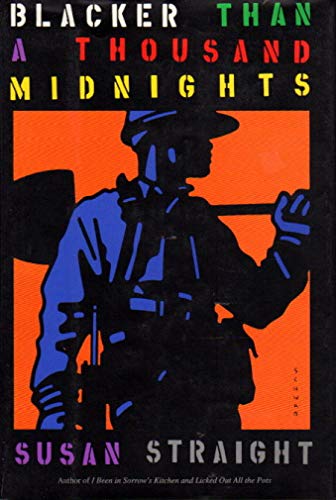 BLACKER THAN A THOUSAND MIDNIGHTS

Signed by author on title page in black fountain ink. Author of AQUABOOOGIE, I BEEN IN SORROW'S KITCHEN AND LICKED OUT ALL THE POTS, HIGHWIRE MOON, and A MILLION NIGHTINGALES. As new, unread copy with publisher's postcard laid in, in fine, mylar-protected dust jacket. L98. Bookseller Inventory # 11546

Title: BLACKER THAN A THOUSAND MIDNIGHTS

A look at a black man who attempts to live within convention chronicles the life of Darnell Tucker, a firefighter, who attempts to fulfill his wife, his family, and his attraction to the dark destructiveness of fire.

Susan Straight has published eight novels. Her most recent, Between Heaven and Here, is the final book in the Rio Seco trilogy. Take One Candle Light a Room was named one of the best books of 2010 by the Washington Post, Los Angeles Times, and Kirkus Reviews, and A Million Nightingales was a finalist for the 2006 Los Angeles Times Book Prize. Her novel Highwire Moon was a finalist for the 2001 National Book Award. “The Golden Gopher” won the 2008 Edgar Award for Best Mystery Story. Her stories and essays have appeared in the New York Times, Los Angeles Times, Salon, Harper’s, McSweeney’s Quarterly Concern, the Believer, Zoetrope: All-Story, Black Clock, and elsewhere. Straight has been awarded the Lannan Prize for Fiction, a Guggenheim Fellowship, and the Gold Medal for Fiction from the Commonwealth Club of California. She is distinguished professor of creative writing at the University of California, Riverside. She was born in Riverside, California, where she lives with her family, whose history is featured on susanstraight.com.