Items related to Inward Bound: Of Matter and Forces in the Physical... 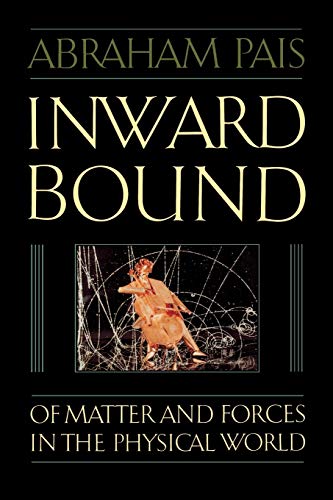 Inward Bound: Of Matter and Forces in the Physical World

Title: Inward Bound: Of Matter and Forces in the ...

Abraham Pais' 'Subtle is the Lord...'--the award-winning biography of Albert Einstein--received high acclaim from The New York Times Book Review which hailed it as "a monument to sound scholarship and graceful style," and from The Christian Science Monitor which called it "an extraordinary biography of an extraordinary man."
In his groundbreaking new book, Pais chronicles the history of the physics of matter and physical forces since the discovery of x-rays. He relates not only what has happened over the last one-hundred years, but also why it happened the way it did, the experiences of the scientists involved, and how a series of seemingly bizarre or unrelated occurrences has emerged as a logical sequence of discoveries and events. Personally involved in many of the developments described, Pais provides unique insights into the world of big and small physics, revealing how the smallest distances explored between 1895 and 1983 have shrunk a hundred millionfold. Along this "road inward," scientists have made advances that later generations will rank among the principal monuments of the twentieth century.
This magisterial survey explores the discoveries made on the constituents of matter, the laws that govern them, and the forces that act on them. Demonstrating the sometimes rocky road to new insights, Pais reveals that these have been times of progress and stagnation, of order and chaos, of clarity and confusion, of belief and incredulity, of the conventional and the bizarre, as well as of revolutionaries and conservatives, of science by individuals and by consortia, of little gadgets and big machines, and of modest funds and big moneys.

Abraham Pais is Detlev W. Bronk Professor of Physics at the Rockefeller University and winner of the 1979 J.R. Oppenheimer Memorial Prize. He is a member of the National Academy of Sciences, the American Philosophical Society, the Academy of Arts and Sciences, and the Council on Foreign Relations.