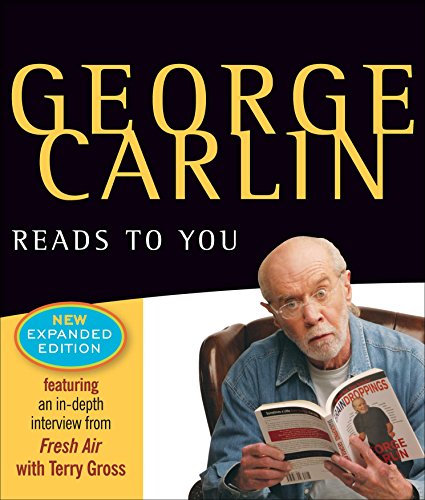 Great comedy at a great value! This gift set gathers three timeless Carlin recordings including two Grammy winners, plus an interview from public radio's Fresh Air.d three must be funniest, right? That's our thinking behind this collection. This laugh-out-loud program includes:Brain Droppings 2001 Grammy winnerAcerbic observations, manic musings, in-your-face questions, witty word play, and more droppings from Carlin's singular brain. I put a dollar in a change machine. Nothing changed. Why are there no recreational drugs taken in suppository form?Napalm & Silly Putty 2002 Grammy winnerCarlin invents Past-Tense TV (Got Smart, Father Knew Best, It Was Left to Beaver), crusades for the Center for Research into the Heebie Jeebies, and suggests that if the shoe fits, get another just like it.More Napalm & Silly PuttyEverything that wouldn't fit on the first Napalm recording-like A Day in the Life of Henry VIII, Sports Should Be Fixed, and candid takes on life's little moments (I'm beyond the nice day), all delivered with wicked glee.Plus a bonus interview from Fresh Air.

George Carlin was an American stand-up comedian, actor, author and social critic. He was noted for his black comedy and thoughts on politics, the English language, psychology, religion, and various taboo subjects. Carlin is widely regarded as one of the most important and influential stand-up comics.