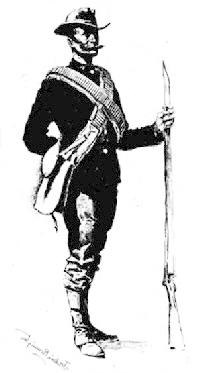 As of Jan/02/18 about 30,000 of 36,000 items are posted on ABE. Lists 39, 45, 46, 47, 48 and 50-89 are on ABE. Lists 31-38, 40-44 and Lists OP and NM are not on ABE. All prices are cheaper on my site http://www.rwmilitarybooks.com vs ABE or other third party sites. ~~~~~~~~~~~~~~~~~~~~~~~~~~~~ Now on ABE: List 89 issued in Early October 2017. 1385 Items. Emphasis on firearms, edge weapons, arms and armour, Uniforms, World War I American forces. Books from the collection of Ted Gewirz: Sometime president of the Company of Military Historians and long time dealer in antique arms. Now on ABE: List 88. Static page at http://www.rwmilitarybooks.com/home/list88chris.html. 530 items. Warships. Eastern Front. Etc...Arranged by topic. Issued in early July 2017. Now on ABE: List 86. Static page at http://www.rwmilitarybooks.com/home/list86chris.html. Arranged by topic. Issued in early October 2016. A small but high quality List with only 279 items of which 55 are sets. Entirely on British Victorian era 1840-1900. Collection of Ron Van Sickle. Almost all original editions in collectable grade condition. 93 Regimental histories (many cover from 1600 through World War I), 36 items on the Crimean War, 90 on the British army in India including the Mutiny, 25 on Afghanistan in the 19th Century, 28 on African Wars: Zulu and Gordon Relief Expedition. Some extremely scarce items. 98 published before 1900, 61 published 1900-1921, 64 published 1921-1966, only 44 since 1965. NOW on ABE: List 85 Static Page just posted on line in early July: it is arranged by subject. http://www.rwmilitarybooks.com/home/list85chris.html (These books will not be listed on ABE till September??) 748 items almost entirely books from the collection of Llewellyn Lord, early member of the Company of Military Historians, plus a smattering from LT Gen. Richard Thompson. Emphasis on Napoleonic uniforms, Other uniforms. US Marine Corps especially World Wars I and II. British Army in the 19th Century and its colonial adventures. Great War aviator's accounts. Several US Navy ship histories from WW I LIST 84 with 747 items issued in early February 2016 Now on ABE. Emphasis on German WW II especially SS divisions, (many in German), WW II Soviet operations, WW II American paratroopers, Pennsylvania National Guard & Militia 1600-1950. Plus the usual smattering of Manuals, Military Aviation, Warships etc. From the collections of Brig Gen. Lawrence Caruthers, Col. Don Zedler, Erik Schliffka, Greg Harding, Paul Baddock and others. Static Page posted on line: it is arranged by subject. http://www.rwmilitarybooks.com/home/list84chris.html 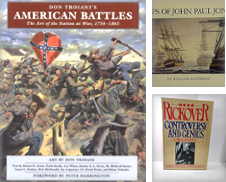 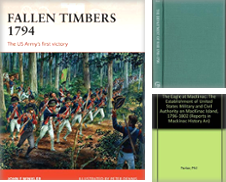 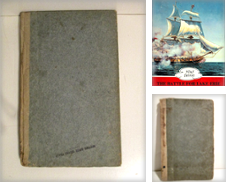 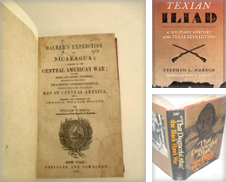 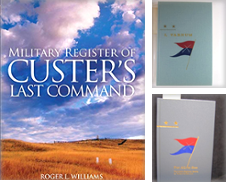 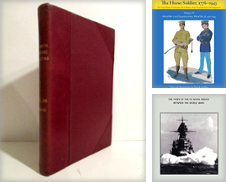 Selling Quality Military History for over 30 Years. Email to militarybooks@earthlink.net or by phone to 202-333-7308 or 202-248-7448. Inventory as of February 2018 about 36,000 entries. Periodic catalogues issued: Books on latest catalog not uploaded to third party vendors for about a month after posting on my site. www.rwmilitarybooks.com ----- Conditions used from best to worst: New, As New, Fine, Near Fine, Very Good, Good, Fair, Poor. Jackets are present when a second condition is given prec...

Hardback books mailed in boxes. All books mailed with tracking numbers. Shipping times: From DC to west coast: Media mail averages 3-4 days and Priority 2-3 days from DC to CA. Selling Quality Military History for over 30 Years. Military Books' websites http://www.rwmilitarybooks.com and http://home.earthlink.net/~militarybooks/ Email to militarybooks@earthlink.net or by phone to 202-333-7308 or 202-248-7448. Inventory as of January 2018 about 36,000 entries but only 29,500 are posted on ABE. ORDERS USUALLY SHIPPED THE SAME DAY THE ORDER IS RECEIVED. Open weekends in November & December. ------- SHIPPING IS AT YOUR RISK UNLESS INSURED. Indicate if you desire insurance in "Special Instructions". It will be assumed that you do not desire this option unless you specifically request it.----- ----- EXPRESS MAIL shipping is available by special arrangement. ----Visitors by appointment only.-------- I Now accept PAYPAL for direct purchases only (not on ABE). MAKE CHECKS & MONEY ORDERS payable to Military Books. Send to 3226 Woodley Rd NW Washington DC 20008-3334. Reserved books held for 7 to 10 days to allow your check to arrive. $20.00 fee for bounced checks. ------ OPTIONAL INSURANCE: shipment at your risk unless insured (Postal loss rate is extremely low). In the US $2.00 for orders under $50.00, $3.00 for orders under $100.00 and $1.00 for each extra $100.00. ------ FOREIGN CUSTOMERS: Shipment at your risk if you do not request insurance. Checks also accepted if made on a US bank (must have an ABA code). Foreign Postal Service Money Orders & Travelers Checks also OK. Cash OK but not recommended. Shipping charges will be quoted when you inquire about availability. Please indicate First Class or Prioirty delivery and if you want insurance. All international service is by air: Postal service no longer offers surface delivery.------ BOOKS MAY BE PICKED UP BY APPOINTMENT ONLY. Thanks Richard Williams, proprietor.