Items related to Roots of the Arab Spring: Contested Authority and Political... 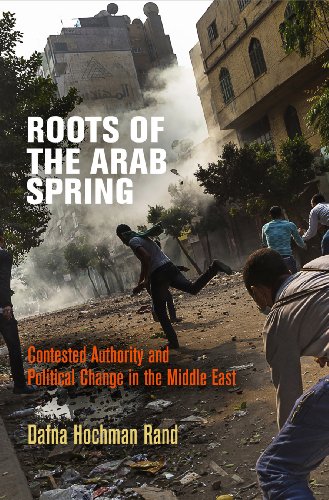 Roots of the Arab Spring: Contested Authority and Political Change in the Middle East

In December 2010, the self-immolation of a Tunisian vegetable vendor set off a wave of protests that have been termed the "Arab Spring." These protests upended the governments of Tunisia, Egypt, Libya, and Yemen while unsettling numerous other regimes throughout the Middle East and North Africa. Dafna Hochman Rand was a senior policy planner in the U.S. State Department as the uprisings unfolded. In Roots of the Arab Spring, she gives one of the first accounts of the systemic underlying forces that gave birth to the Arab Spring.

Drawing on three years of field research conducted before the protests, Rand shows how experts overlooked signs that political change was stirring in the region and overestimated the regimes' strategic capabilities to manage these changes. She argues that the Arab Spring was fifteen years in the making, gradually inflamed by growing popular demand—and expectation—for free expression, by top-down restrictions on citizens' political rights, and by the failure of the region's autocrats to follow through on liberalizing reforms they had promised more than a decade earlier.

An incisive account of events whose ramifications are still unfolding, Roots of the Arab Spring captures the tectonic shifts in the region that led to the first major political upheaval of the twenty-first century.

Dafna Hochman Rand is Deputy Director of Studies at the Center for a New American Security. She formerly served on the staff of the National Security Council and as a member of the Secretary of State's Policy Planning Staff.