Items related to Searching for Truth in the Transitional Justice Movement 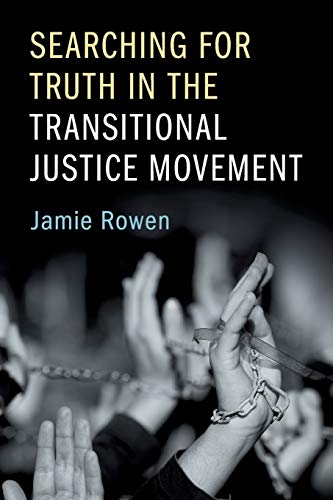 Searching for Truth in the Transitional Justice Movement

Title: Searching for Truth in the Transitional ...

Searching for Truth in the Transitional Justice Movement examines calls for a truth commission to redress the brutal war during the breakup of the former Yugoslavia, the decades-long armed conflict in Colombia, and US detention policies in the War on Terror. In so doing, it argues that transitional justice is an idea around which a loosely structured movement emerged and professionalized, making truth commissions a standard response to mass violence. By exploring how this movement developed, as well as efforts to make truth commissions in the Balkans, Colombia, and the US, this book explains different processes through which political actors translate new legal ideas such as transitional justice into political action. Further, it reveals how the malleability of transitional justice and truth commissions is both an asset and a liability for those hoping to ensure accountability, improve survivor well-being, and prevent future violence.

This book re-imagines transitional justice as a movement, and explains why truth commissions are promoted and created. By exploring how the movement developed, as well as efforts to create truth commissions in the Balkans, Colombia, and the US, it examines the processes through which political actors translate transitional justice into political action.