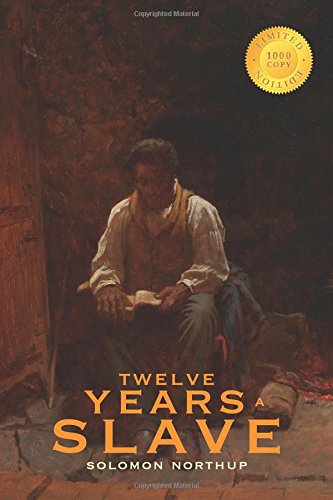 Solomon Northup was born a free man in New York State. At the age of 33 he was kidnapped in Washington d.c. and placed in an underground slave pen. Northup was transported by ship to New Orleans where he was sold into slavery. He spent the next 12 years working as a carpenter, driver, and cotton picker. This narrative reveals how Northup survived the harsh conditions of slavery, including smallpox, lashings, and an attempted hanging.

Solomon Northup was among a select few who were freed from slavery. His account describes the daily life of slaves in Louisiana, their diet and living conditions, the relationship between master and slave, and how slave catchers used to recapture runaways. Northup’s first person account published in 1853, was a dramatic story in the national debate over slavery that took place in the nine years leading up to the start of the American Civil War.

This edition is limited to 1,000 copies.

This story of the abduction of a free Negro adult from the North and his enslavement in the South--provides a sensational element which cannot be matched in any of the dozens of narratives written by former slaves. 'Think of it: For thirty years a man, wit all man's hopes, fears and aspirations--with a wife and children to call him by the endearing names of husband and father--with a home, humble it may be, but still a home...then for twelve years a thing, a chattel personal, classed with mules and horses....Oh! it is horrible. It chills the blood to think that such are.'