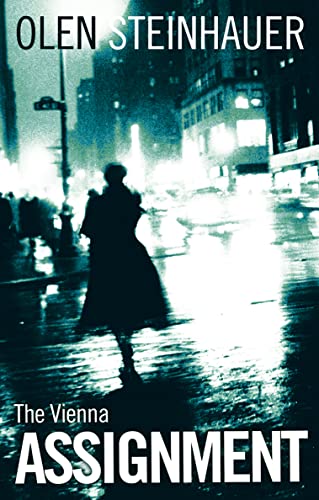 Synopsis: A powerfully atmospheric thriller set during the Cold War from the internationally acclaimed author of THE BRIDGE OF SIGHS.Eastern Europe, 1965, and Security Officer Brano Sev, a secretive member of his country's homicide department, has returned home in disgrace from a posting to Austria. As a punishment he is sent to the backwoods village of his birth to interrogate a potential defector - only to find himself framed for murder. Assuming this is part of a covert plan devised by his bosses, he allows himself to be pushed into a dramatic flight to the west and the life of an exile in Vienna, a city teeming with scheming expatriates, spies and old enemies.But Brano soon finds himself lost in a maze of conflicting interests where love and friendship conceal treachery, and where the Cold War game of bluff and double-bluff leaves him manoeuvring in the dark. And, in the end, he learns that loyalty to the cause might be the biggest crime of all.THE VIENNA ASSIGNMENT is a powerful, atmospheric thriller which perfectly captures the paranoia of Cold War Europe and the terrible dangers facing a man caught up in a game whose rules are constantly changing - with deadly consequences.

About the Author: OLEN STEINHAUER's first two novels, The Bridge of Sighs and The Confession, have garnered thus far an Edgar nomination, an Anthony nomination, a Macavity nomination, a Historical Dagger nomination, and rave reviews. Inspired to write his Eastern European series while on a Fullbright Fellowship in Romania, Steinhauer was raised in Texas and now lives in Budapest, Hungary.

Book Description HarperCollins Publishers Ltd, 2005. Hardcover. Condition: Used; Good. **SHIPPED FROM UK** We believe you will be completely satisfied with our quick and reliable service. All orders are dispatched as swiftly as possible! Buy with confidence!. Seller Inventory # mon0000790229

Book Description HarperCollins Publishers Ltd, 2005. Hardcover. Condition: Good. Connecting readers with great books since 1972. Used books may not include companion materials, some shelf wear, may contain highlighting/notes, may not include cdrom or access codes. Customer service is our top priority!. Seller Inventory # S_280331566

Book Description HarperCollins Publishers Ltd, London, 2005. Hardcover. Condition: Near Fine. Dust Jacket Condition: Fine. 1st Edition. UK Hardback First Edition, First Printing 2005. Condition : A near fine unread book in a near fine dust jacket - just the very lightest of creases to the spine tips otherwise fine. Not price-clipped, no stamps, marks or inscriptions. All books are securely packaged for safe shipping. ** A refund is available if the book is not as described.Scans available on request. Seller Inventory # 001166