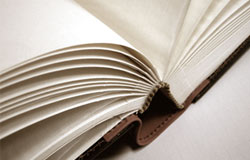 We guarantee the condition of every book as it's described on the Abebooks web sites. If you're dissatisfied
with your purchase (Incorrect Book/Not as Described/Damaged) or if the order hasn't arrived, you're
eligible for a refund within 30 days of the estimated delivery date. If you've changed your mind about a
book that you've ordered, please use the Ask bookseller a question link to contact us and we'll respond
within 2 business days.
whiteinkbooks@earthlink.net, 2022587761, George Nicholas. ...