Despite everything that fans of technology will tell you, the 'Google' has existed since 1913 when an English banker wrote and illustrated this beautiful but surreal children's book of verse about colorful creatures in a fantastical land.

Vincent Cartwright Vickers, the author, was many things - a deputy lieutenant of the City of London, a director of Vickers (one of Britain's most famous engineering companies), an economist and, most notably, a director of the Bank of England.

V.C. Vickers had passions for animals (he was a fellow of the Royal Zoological Society), especially birds, and art. He liked to paint birds whenever he had the chance and that included adding an exotic bird onto the back of his Humber Snipe car.

The amazing thing is that Vickers had no formal training in art although his educational pedigree was impeccable - Eton followed by Magdalen College, Oxford. While his day job involved number-crunching, his spare time was dominated by color and imagination. 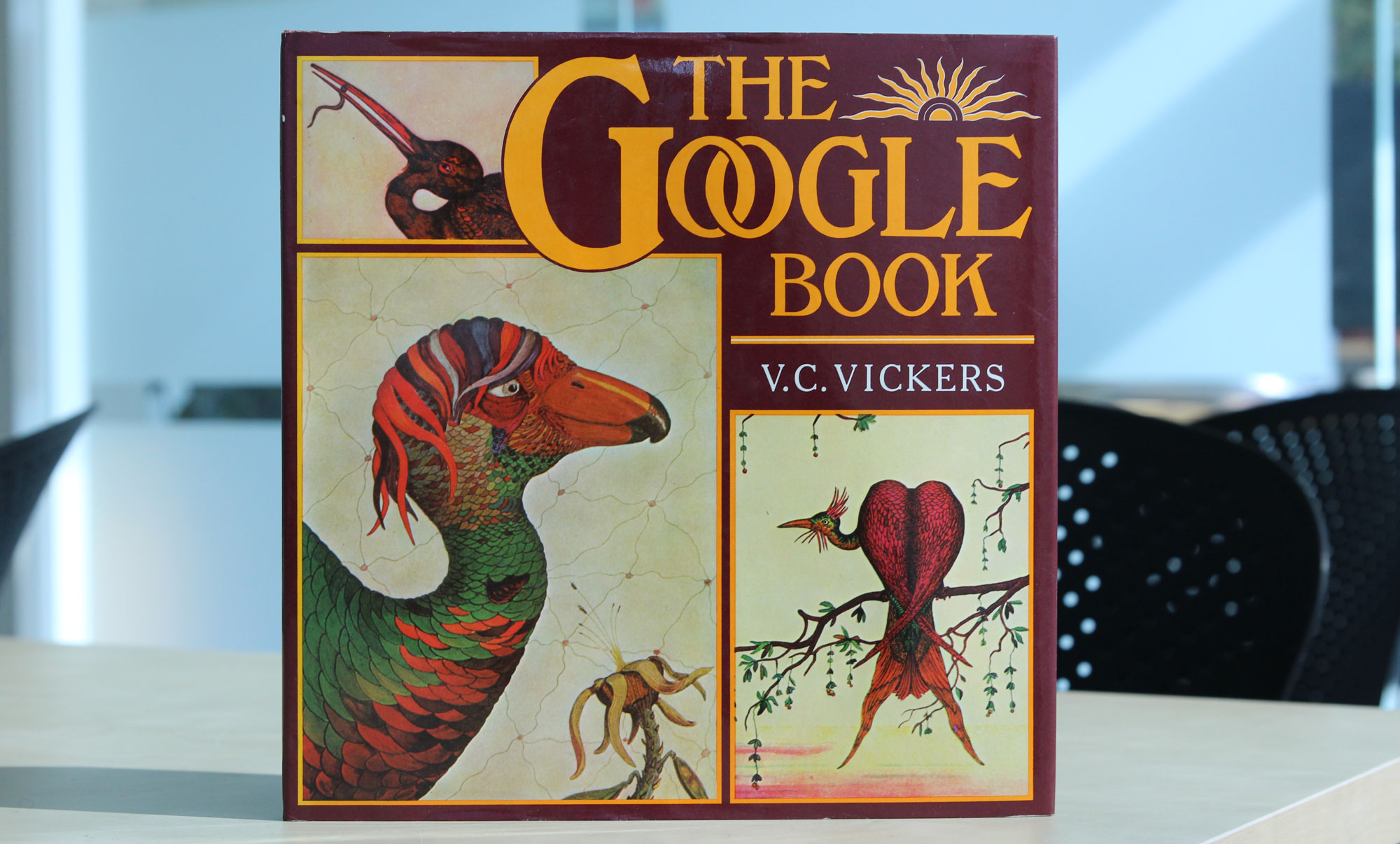 The Google Book by V.C. Vickers

"Far! Far away, the Google lives, in a land which only children can go to. It's a wonderful land full of funny flowers, and birds, and hills of pure white heather. The Google has a beautiful garden which is guarded day and night."

The Google Book was published in 1913 in a limited edition of just 100 copies when Vickers was 34. Those rare editions are now very collectible with AbeBooks selling a first edition copy for $5,000 in August 2015. Vickers sketched the wildlife in pencil and then filled them in using mapping pens and Indian ink. The artwork was considered good enough to be exhibited at the Royal Academy but the originals have been lost. 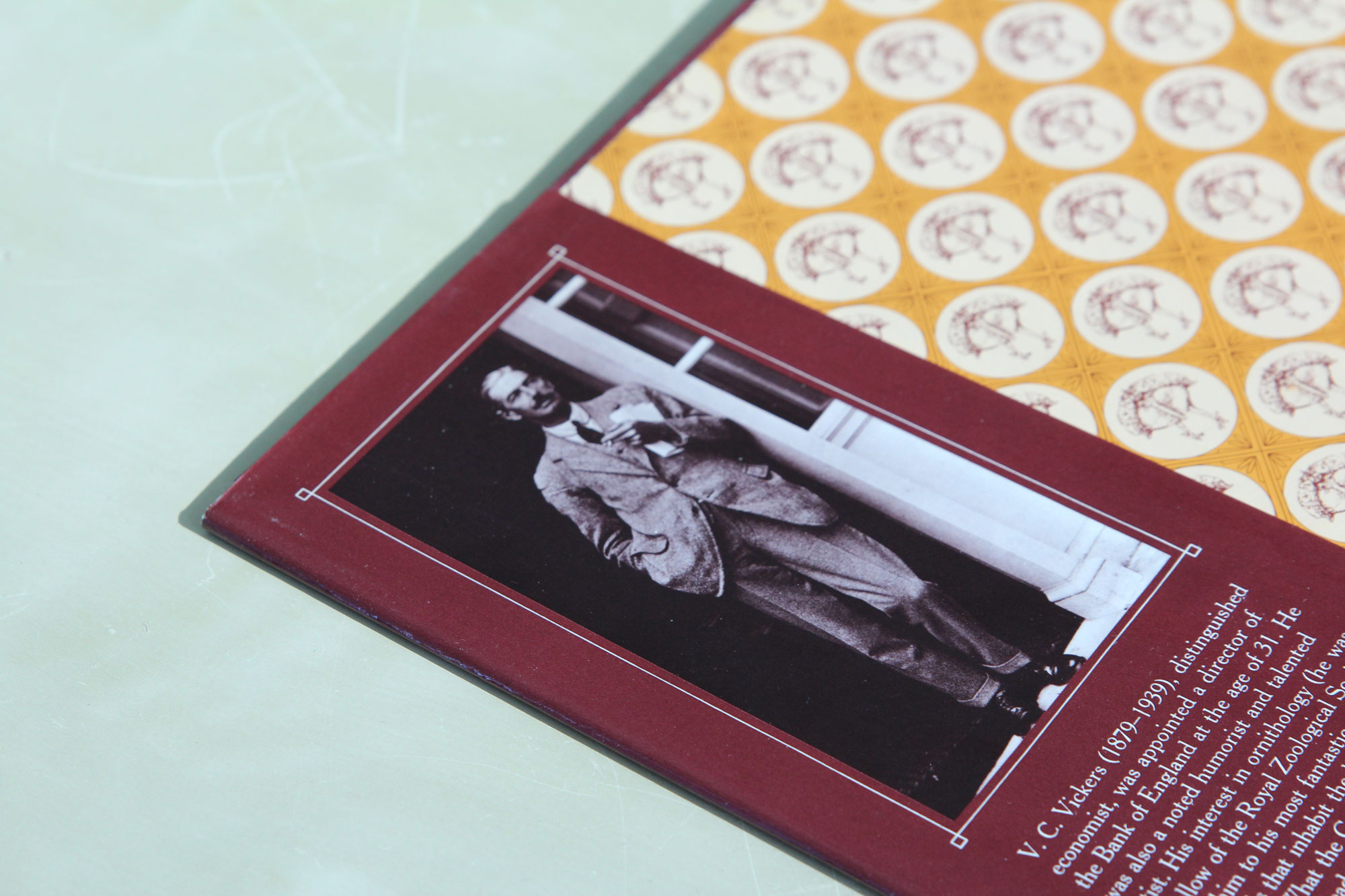 Some bright spark at Oxford University Press had the foresight to republish The Google Book in 1979 but it has been out-of-print since then. Surely, someone should republish it considering children's pictures books are more popular than ever.

"The sun is setting - can't you hear a something in the distance howl!!? I wonder if it's - Yes!! It is that horrid Google on the prowl."

The Google itself is not a bird but its garden is filled with them. The illustrations are indeed beautiful - full of vibrant color with greens and purples in abundant display. It's hard to imagine what inspired the likes of the Lesser Nockit, the Lemonsqueezer, the Blue-billed Ork, the Poggle, the Soft-nosed Wollop and the Swank, but Vickers was probably influenced by reports from British adventurers exploring the jungles of the world. 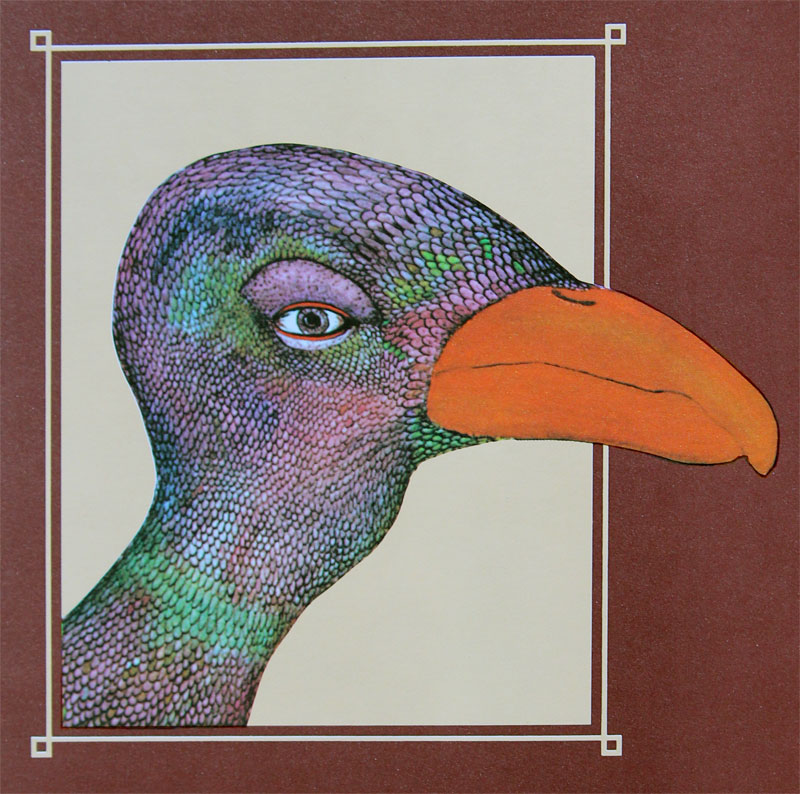 A bird from the Google's garden

It appears the name of the Google search engine was not borrowed from Vickers' book. According to Google's history page: "Google.com is registered as a domain on September 15 (1997). The name - a play on the word 'googol,' a mathematical term for the number represented by the numeral 1 followed by 100 zeroes-reflects Larry Page and Sergey Brin's mission to organize a seemingly infinite amount of information on the web. "

How dull. It would have been much better to have been inspired by fantastical creatures.

Buy copies of The Google Book 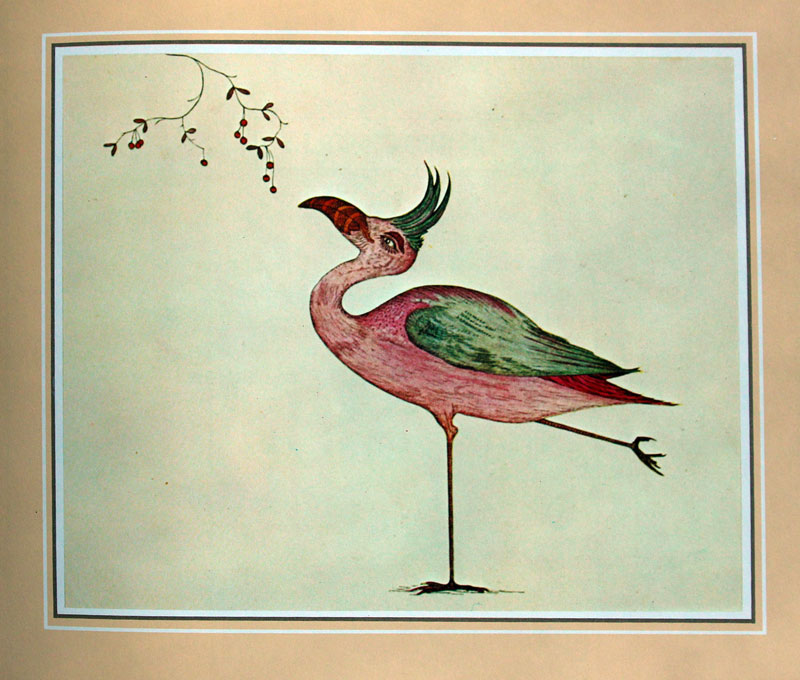 "The Tango trips upon her toes, (That's why she's called the Tango)..." 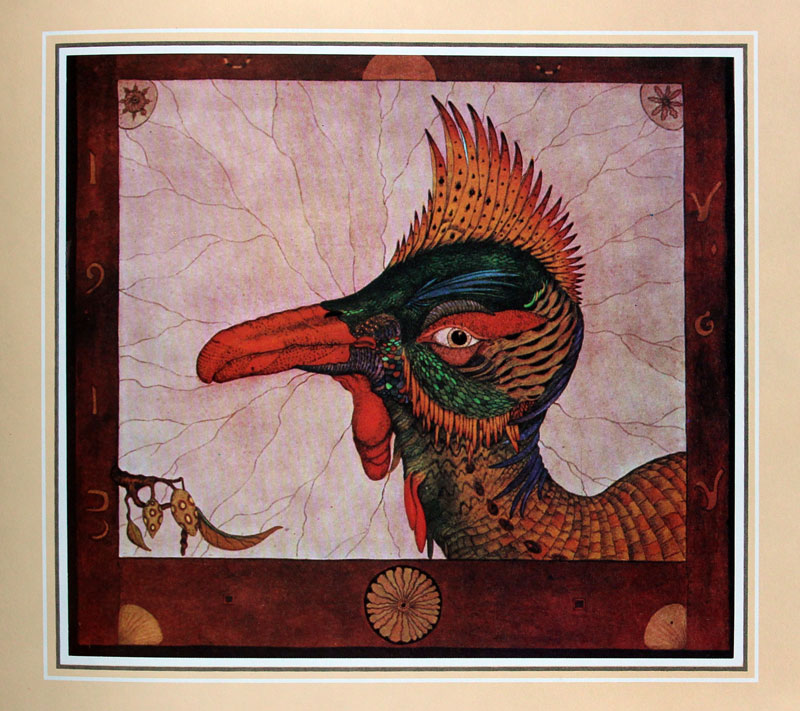 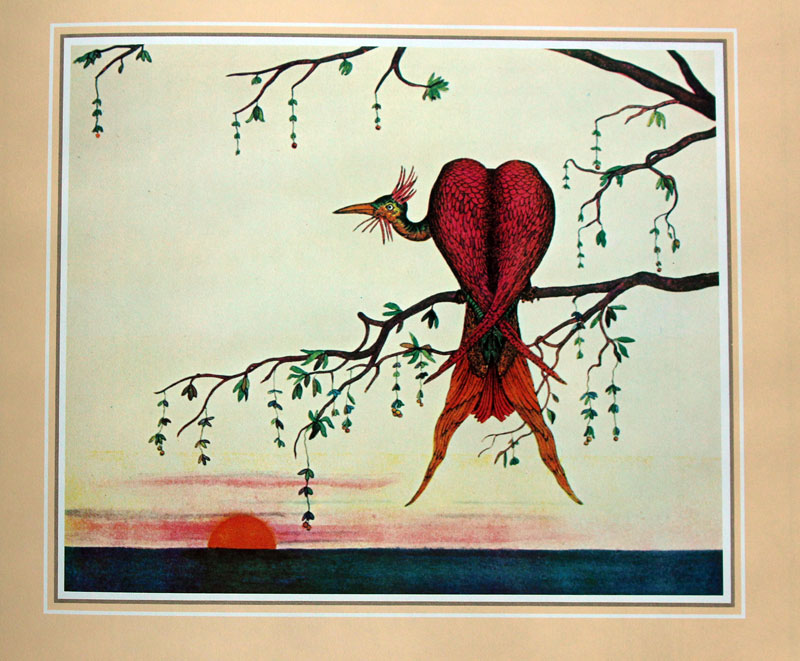 "Old sailors have a tale they tell, how once the song of a Mirabelle enticed a ship upon the rocks..."